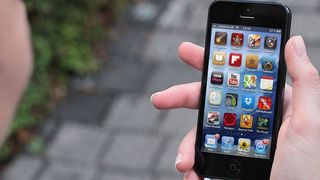 Today, we rely on smartphones not only to keep in touch with friends, but also for a variety of other reasons. You can stream TV shows and movies on your phone, listen to your favorite songs, and even transfer funds with the help of mobile banking. The thing to remember is that these smartphones are useless without the software – the software basically instructs the hardware how to function. It’s almost the end of 2016, which means that it is time to reflect on the best apps of 2016. Here are five applications that we think are among the best apps of 2016. The apps are also featured in Time magazine’s recently released list of ’50 Best Apps of the Year’.

Check out for yourselves why these apps have been included in the list of the best apps of 2016.

Available on both Android and iPhone; 1 million downloads on Google Play Store

Want to ensure that no one else is able to read your messages but your friends? Want your chats to remain a secret? If yes, then you should definitely try Signal, an encrypted chat app. This app is used by businessmen, whistleblowers, and politicians all over the world.

The best thing about this app is that it offers end-to-end encryption, which means that even the company cannot see your messages. As long as both you and your friend have Signal installed on your smartphones, you can communicate in your secret language.

It is because of the major changes that iOS 10 made in Messages, the default messaging app in iPhone, that this app is included in this list. Messages now comes equipped with stickers, graphic effects, third-party apps, and much more.

It is now possible to add animations to your individual text messages. When it comes to graphic effects, you have numerous options such as lasers, confetti, shooting star, and fireworks. Texting is nothing like what it was before on Messages!

There are hundreds of photo editing apps out there that offer you all  the basic editing tools such as crop, red eye reduction, and resize  tools. However, Prisma is a photo editing app that stands apart from the  rest of the crowd.

It uses complex algorithms to convert your images into gorgeous works of  art. It will take you some time to figure out which filter to use for  which photos, but once you get used to it, nothing will be able to stop  you.

100 million downloads on Google Play Store; Works on Android as well as iPhone

This app comes in very handy when you are traveling abroad and cannot read any street signs!

Available on both Android and iPhone; 10 million downloads on Google Play Store

Ever wanted to create your very own GIF? Boomerang from Instagram can  surely help you out. This app works by taking a string of still photos  and stitching them together, so that the images form a short looping  video. Fun is guaranteed when you use this app!

Check out for yourselves why these apps have been included in the list of the best apps of 2016.