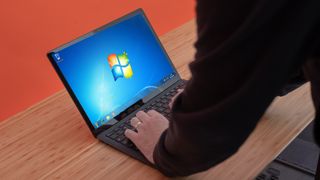 Windows 7 users will get a fix for a bug introduced by the final update for the operating system after all, as Microsoft has thought better of a previous decision that the patch should only be supplied to remaining paying customers (who have bought extended support).

The glitch introduced with the final KB4534310 update meant that certain Windows 7 desktop wallpapers (those which have been stretched) were replaced with a plain black background. And while this is more of an annoyance than anything critical, it certainly makes the desktop look boring.

As spotted by The Verge, Microsoft admits in a support document: “After installing KB4534310, your desktop wallpaper might display as black when set to Stretch.”

The workaround is to stop using the stretch option with the desktop wallpaper, but Microsoft did say it would fix the issue for those “who have purchased Windows 7 Extended Security Updates”. In other words, organizations paying for extended support.

That decision was set to leave your average Windows 7 user out in the cold, which seemed harsh seeing as this was a bug introduced by the final update for the OS – not much of a parting gift from Microsoft. There were even some predictable conspiracy theory rumblings about this being Microsoft’s way of punishing Windows 7 holdouts who don’t want to upgrade to Windows 10.

At any rate, Microsoft has thought better of this policy and is now releasing the fix for all customers, not just those on its extended update program.

The company wrote: “We are working on a resolution and will provide an update in an upcoming release, which will be released to all customers running Windows 7 and Windows Server 2008 R2 SP1.”

Microsoft officially ended support for Windows 7 on January 14, so anyone running the old OS won’t get any more updates or security patches going forward – with this being the exception.

Although you never know: when Windows XP was well past its sell-by-date, Microsoft did end up rolling out the odd patch for truly critical issues, such as for example WannaCry.

And going on recent Windows 10 form, there’s always the possibility that the fix for the Windows 7 wallpaper issue will break a menu somewhere, or perhaps internet connectivity, who knows – thus requiring another patch…