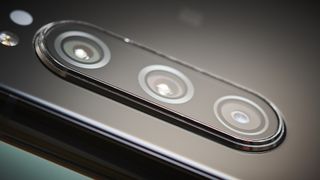 A cluster of new leaks allegedly show off the Xperia 1.1 (also hinted to be named the Xperia 1.1) flagship smartphone’s camera specs, revealing what could be a powerful successor to the Xperia 5.

That info comes from a Weibo post by user Caybule that was first seen by Japanese site AndroidNext. That info also appeared in an image that diagrammed the lens list against an alleged render of the phone.

This image, though much closer-in, looks identical to our first look at alleged renders of the Xperia 1.1 that we saw in a leak earlier in January. They’re similar enough to suggest the new one might have been cropped out of the old; if not, they’re similar enough that this might be how the phone ends up looking.

While the best phones last year added ultrawide cameras, 2020 seems to be the year everyone’s back on the massive megapixel train - for instance, the Samsung Galaxy S20 Ultra is rumored to feature a whopping 108MP main lens. It’s no surprise that the Xperia 1.1 might be bumping up its own shooters.

Likewise, it wouldn’t shock us to see a periscope lens in the new Sony phone, as we first saw them appear in the Huawei P30 Pro and slated to appear in the Galaxy S20. If the Xperia 1.1 includes just such a lens, we can logically expect it’ll manage at least a 5x optical zoom, which previous periscopes have achieved.

At the least, this slate of lenses looks better than that on either of last year's Xperia 1 or Xperia 5 phones.