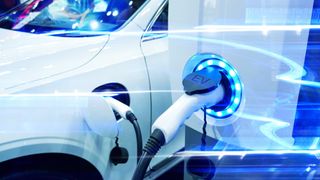 Nissan has worked with sound engineers to create a 'lullaby' based on the sound of internal combustion engines to help kids nod off in near-silent electric cars like the new Nissan Leaf.

Nissan found that parents often take young children on short drives at bedtime, using the rumble of the car's engine to help the little ones nod off. The low and mid frequencies have a particularly soothing effect.

"Combustion engines transmit a sound frequency, a combination of white, pink and brown noise varied in tone – creating an orchestral soundscape that is especially soothing and comforting to young children," explains Paul Speed-Andrews, noise and vibration development manager at Nissan.

Electric cars make these 'dream drives' more environmentally friendly, but lack the bass sounds that lull kids to sleep. To solve this issue, Nissan enlisted the help of sound engineer and sleep coach Tom Middleton, who analyzed the noises of petrol engines and recreated the sounds to create a strangely relaxing track.

The sound of progress

Electric vehicles' lack of engine noise gives automakers lots of room to experiment with different sounds. When the EU ruled that all EVs must make a distinctive noise to warn pedestrians when they're traveling at low speeds, Mercedes Benz brought Linkin Park on board to give its cars a dose of rock, and Citroen unveiled its Ami One concept, which plays a jaunty jingle.

Meanwhile, Volvo is going back to nature for its sounds, and chose to use the noise of a snapping twig for the indicators in its new XC40 Recharge.