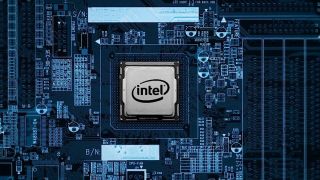 It's now well into 2020 and we still haven't seen an official announcement of 10th-generation Intel Comet Lake processors for desktop PCs – but we're at least getting more and more leaks.

This time around, the leak in question is from the 3DMark Database. Spotted by renowned leaker TUM_APISAK, it points to the Intel Core i7-10700K as being an 8-core, 16-thread processor with a massive turbo boost of 5.3GHz.

Now, if you notice, this is a huge improvement over 9th-generation Intel Coffee Lake Refresh which only had an 8-core processor without Hyperthreading as its Core i7 part.

Intel is clearly feeling the heat from AMD, and that just means that multi-threading is back in fashion with Team Blue. Plus, we're expecting a 10-core Intel Core i9 part out of Comet Lake, too.

However, it's not all sunshine and roses. Right now Intel Comet Lake processors are expected to be manufactured on the same 14nm process Intel has been using since Skylake back in 2017.

With AMD Ryzen 3rd generation pushing IPC (instructions per clock) higher than Coffee Lake Refresh and with AMD Ryzen 4000 expected to do the same - a high boost clock might not be enough to give Intel the desktop boost it needs.

Now, to be clear, we won't know what the specs of Intel's Comet Lake processors are going to be until the Santa Clara chip manufacturer is ready to share, but leaks like this give us an idea of what to expect. At this rate, we probably won't see these processors until Computex 2020, which is also when we're expecting to see AMD's next lineup. Needless to say, the Taipei tech show is going to be extremely exciting this year.