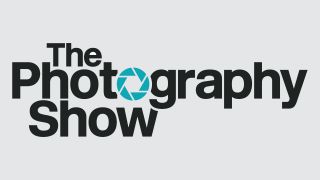 Tickets: Available online or on the day

Alongside its twin event, The Video Show, you can expect a huge festival of all things photographic, including inspiring talks, masterclass lessons, and all the latest kit from the world's biggest photo and video brands. Fancy popping along? Here's everything you need to know about the show in one handy place.

Whether you're a beginner who's just starting their photographic journey or a seasoned videographer, The Photography Show and The Video Show will have something for you. Alongside all of the latest photography releases from the likes of Canon, Nikon and Sony, there'll be a stacked line-up of high profile speakers and inspiring, educational sessions.

This year is shaping up to be a real cracker, with the UK debut of the Nikon D6 already confirmed – here are all the highlights to look out for:

The latest kit from the biggest brands

This year has already been a huge one for new camera launches, whether you like DSLRs, mirrorless cameras or premium street photography compacts.

Some of the biggest announcements have been the Canon EOS R5, Canon 1DX Mark III and Nikon D6 – and as you'll see below, all of these will be on show at The Photography Show 2020.

We're expecting more announcements from some of the other major exhibitors, including Sony, Panasonic and Fujifilm, so if you're in the market for a new camera, keep an eye on this regularly updated page for all of the latest announcements about the new, shiny models that'll be on show.

It's not just cameras that'll be in the spotlight either. With the likes of Sigma, Samyang, Manfrotto, Profoto and Zeiss also confirmed to be exhibiting at The Photography Show, you'll also be able to check out all the latest accessories, from lenses to bags and lights. For now, though, here are the confirmed headline acts for The Photography Show 2020...

The confirmed new cameras that'll be on show

The Canon EOS R5 will make its public debut

One of the most exciting cameras of the year, the Canon EOS R5, will be making its first public appearance at The Photography Show 2020.

The new flagship leader of Canon's full-frame mirrorless EOS R line, the EOS R5 is one of the most powerful cameras we've seen, with in-body image stabilization (IBIS), the ability to shoot 8K video, and burst shooting powers of 12fps when using its mechanical shutter, or 20fps if you switch to the electronic shutter.

Canon says the EOS R5 will be on show at its stand alongside the new RF 100-500mm F4.5-7.1L IS USM lens and the Canon EOS 1DX Mark III, a new pro sports DSLR that will shoot many of the photos we see at the Tokyo 2020 Olympics.

In fact, to celebrate its camera double whammy at The Photography Show, Canon has a discount to help you get 20% off your tickets – just add the code CANTPS20 when you check out at site's ticket buying section.

It's official: the Nikon D6, which will be the company's pro sports rival to the Canon EOS 1DX Mark III, will be on show for the first time in the UK at The Photography Show.

This is exciting news – the D6 will be one of the most advanced cameras in the world and a model that many professional photographers will be using to take shots at the Tokyo 2020 Olympics.

So far, Nikon has only made a development announcement for the D6, with very little in the way of official specs. But the camera is expected to have a 20MP sensor with superior autofocus to the Nikon D5, a speedy 14fps burst mode, and 4K/60p video powers.

It looks likely that the D6 will be officially announced prior to the show in February, but The Photography Show will be first time you'll be able to see it in the flesh in the UK. Nikon will also be showing off some of its latest lenses at the same time, including the incredible 58mm f/0.95 Noct and the Nikkor Z 70-200mm f/2.8 VR S.

The Photography Show and The Video Show's legendary educational talks are headlined by the Super Stage – and there'll be some big names imparting their wisdom this year.

The award-winning photographer and entrepreneur Chase Jarvis, who founded CreativeLive, will be first up on Saturday 14 March, followed by some fascinating insights into documentary photography from Susan Meiselas, who has been an esteemed member of Magnum Photos since 1976.

If high-speed cinematography is your thing, then you won't want to miss Gavin Free, founder of YouTube channel The Slo Mo Guys, at the show on Sunday 15 March. He'll be talking us through the tech and processes behind creating a channel that's been viewed more than 1.9 billion times, as well as the making of films like Hot Fuzz and Dredd.

And that's not all – with further talks from music photographer Ross Halfin, self portrait artist Juno Calypso, and fine art photographer Brooke Shaden over the four days, it's shaping up to be something of a vintage year on the Super Stage.

The Super Stage is just the start of The Photography Show's educational sessions – across the four days there will be an incredible 270 talks, demos and masterclasses.

These have been split into beginner and pro Masterclasses, for both photography and video. Among the beginner photo sessions are classes on 'Getting started editing photos' and 'Settings and exposure de-mystified', while pros can get stuck into subjects from 'Making money in photography' and 'Creating the perfect online portfolio'.

Looking to level up your video shooting knowledge instead? There are equivalent Masterclasses for you too, from 'Video editing for beginners' to 'Elevating your work with great audio'.

Whatever your experience, there'll be expert advice from professionals who know how to explain everything from image processing to pro-level marketing.

The Photography Show and The Video Show will be introducing several exciting new stages and live scenes this year.

If you're a fan of film photography you'll want to head to the new Analogue Showcase, while action and video shooters will be well-served by the new Shutter Street Stage.

Further possibilities for spectacular shots will be found at the Drone Zone x Action Arena, which will feature stunt bikers, parkour and drone demos. Fancy learning how to tell stories using video instead? Head to The Studio, a new place for talks and advice aimed at aspiring content creators.

When and where is The Photography Show?

Both The Photography Show and The Video Show will be taking place at Hall 5 in Birmingham's NEC between Saturday 14 – Tuesday 17 March 2020. The opening times will be 10am – 5pm on each of those days.

The NEC is just a five minute walk from Birmingham International Station, which itself is ten minutes from Birmingham New Street. If you're coming by car, the NEC has its own car parks, which will cost £12 per day when booked in advance (or £16 on the day).

How do I buy tickets to The Photography Show?

You can buy tickets to The Photography Show and The Video Show right now by heading here. Both single and multi-day tickets are available, and you can also snap up extra like Masterclass sessions on the same page.

Free passes for Tuesday 17 March are available for students who are studying a photography or video qualification, while professionals who make the majority of their income from either field can also apply for a free pass here.