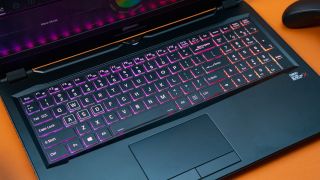 Nvidia is seemingly preparing a pair of new laptop graphics cards, except these won’t be based on its current Turing architecture, but rather they will step back a generation.

The GeForce MX350 and MX330 appear to be based on Pascal – the technology which powered the GTX 10-series cards – and references to them have been spotted.

As highlighted by Notebook Check, a denizen of the LaptopVideo2Go forums was hunting through a recent Nvidia driver release and discovered references to the MX350 and MX330.

As mentioned, these will be Pascal GPUs, with the MX350 being a new flagship for the previous-gen, with the rumor claiming that it could be based on the GP107 die and feature 640 CUDA cores (compared to 384 for the existing MX250).

There are no clues as to how the rest of the spec might shape up in terms of clocks or memory, but clearly if Nvidia is resurrecting this range in 2020, you would hope the company is doing so with good reason.

Obviously the idea will be a cost-effective solution with solid enough performance, hopefully helping to deliver enough grunt for budget laptops while allowing their price tags to stay palatably wallet-friendly. Or in short: budget laptop GPUs that don’t suck (hopefully).

The release of these new Pascal graphics solutions is apparently imminent, and Notebook Check is guessing at a February launch (and indeed actually pinned the date down to February 20).