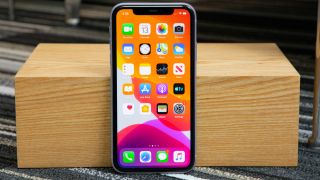 Apple is rumored to be introducing a new range of features on its upcoming iPhone 12 series in 2020 that may drive the price of its components up, but that cost may not be passed on to you when you buy it.

According to trusted Apple analyst Ming-Chi Kuo, Apple may not dramatically increase the price of the phone overall.

He can't guarantee what price it will cost, but Kuo believes the phone won't be more than $50 more than existing devices.

The increase in price may come from the components needed to make 5G a reality on upcoming iPhone handsets. That's why 5G devices that already exist from Android manufacturers are more expensive than their 4G-toting counterparts.

For Apple and the iPhone 12 series, that extra cost is rumored to be between $30 and $100, but it's a cost the company aims to offset by reducing its supply chain costs in other ways.

We expect to hear more about the iPhone 12 and four other rumored handsets from Apple in the coming months, but it's unlikely we'll hear official word of devices until September next year.