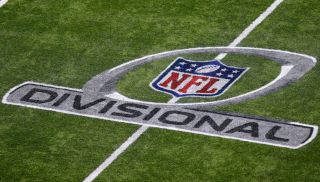 The 100th regular and post season of the NFL has certainly been memorable, filled with impressive touch-downs, hand-offs and interceptions.

And now with only two games left we are one step closer to finding out who is going to the Super Bowl. Don't want to miss the epic games? Keep reading to find out how you can get an NFL live stream.

Where and when is Super Bowl LIV?

This year’s Super Bowl will be held at the Hard Rock Stadium in Miami Gardens, Florida.

The Wild Card round may have lived up to its name but it was the divisional round that upped the tension and stakes.

With only two weeks to go the race for the ultimate football championship is now between the Chiefs, Titans, 49ers and the Packers and it's anyone's game right now.

All we can say is that it's certainly been a surprising post season - this year's NFL season marks the first time in four years where the New England Patriots will not be in the final championship.

Ready to finally find out which team is going to the Super Bowl?  Keep reading to find out the best ways to stream NFL live on all your devices with information on the NFL Game Pass, International Game Pass (well worth finding out about) and network television included.

Watching NFL online has never been easier thanks to the wide variety of streaming services now available. However, the league also has its own streaming service called the NFL Game Pass which allows die-hard football fans to watch every game. Just like other modern streaming services, there are also Game Pass apps for Android and iOS mobile devices as well as on the likes of Chromecast, Apple TV, Roku, and PS4.

The $24.99 service allows you to watch replays of games that have already aired on television as well as the live games. It's a very comprehensive plan which includes the 2020 NFL Draft live and 40 mins of game highlights.

If you don't need replays or 40 mins worth of highlights, you could always get the NFL Games Playoffs Pass which allows you to stream all Playoff games live. However this only gives you 50 days access and comes at a cost of $23.99, so we'd recommend spending the extra $1 and purchasing the annual pass instead.

If you've mismatched a holiday or you're away on business and you want to watch your country's coverage from outside your country, then you'll need to use a VPN. This will help you dial in to a location back in your home country to avoid geo-blocks.

A VPN is perfect for this as it allows you to change your IP address so you appear to be in a completely different location. We’ve tested hundreds of VPNs and can recommend ExpresVPN the very best VPN currently available.

That's because ExpressVPN (which comes with a 30-day money back guarantee) let's you watch on up to five devices at once including Smart TVs, Fire TV Stick, PC, Mac, iPhone, Android phone, iPads, tablets etc. In our tests, we found that it's fast connections meant minimal lag, it's security credentials are second to none and it's remarkably easy to use, too.

VPNs are ridiculously easy to set up and use and aren't just for watching football abroad - they're a great first line of defence for your online activity and many people use them to get around other geo-blocked websites or to access foreign Netflix content.

How to watch the NFL Playoffs on TV in the US

Even without an expensive cable TV subscription, you’ll still be able to catch the Playoff action live in the US. With an indoor TV antenna you’ll be able to watch all Playoff games on NBC, CBS and FOX (check out the schedule above to find out which cable channel you can watch each game).

Now if you're looking for the cheapest way to watch these nail-biting Playoff games, you could alternatively subscribe to Yahoo as it's FREE. If you don't mind watching it on your tablet or phone - simply download the app and live stream NFL for free!

We have also compiled for you below a full list of other TV streaming service options where you can live stream the NFL Playoff:

How to get a Playoffs NFL live stream in the UK

American football fans in the UK will be able to watch the NFL Playoff games on Sky Sports with the network showing all of the Playoffs games on three channels including Sky Sports Main Event, Sky Sports Action and Sky Sports Mix and online/on mobile via the Sky Go app.

If you’re already a Sky customer, you can add the complete sports package to your plan for £23 per month or pick specific channels for £18 per month.

Another option is if you'd prefer to sign up to (or already are) Now TV as it offers daily, weekly and monthly passes that have all 11 Sky Sports channels - meaning you'll be able to live stream the NFL Playoffs.

Want more options, such as game replays and highlights? Than the Annual Pro NFL Game Pass is your best bet. For £21.99 you can watch all of the Playoff games, the Super Bowl, regular season game highlights, coaches film and much more.

Not in the UK but still want to catch the action on your Sky Go app or on Game Pass? Then grabbing a VPN will let you log into a UK IP address so you can live stream NFL as if you were at home.

Watch and live stream the NFL Playoffs in Canada

Canadian NFL fans looking to catch the Playoffs on television can do so by tuning into TSN, CTV and CTV2 as they are the league’s exclusive broadcast partner in Canada.

However, if you’d rather stream NFL games online, then DAZN has you covered. The streaming service will give you access to NFL Game Pass, RedZone, NFL Network and more for $20 a month or $150 per year with support for Apple TV, Chromecast, Amazon Fire TV, Android TV, Roku, Xbox One and PS4. And if you've never used it before, you can take advantage of its FREE TRIAL, too.

How to watch the NFL Playoffs in Australia

If you live in Australia and want to watch the NFL Playoffs this season, you have several options to do so. Foxtel will be broadcasting all of the Playoff games, and you can also stream games to your laptop or mobile devices using the Foxtel Go app but you’ll need your Foxtel ID to access the app.

Just as Foxtel does, Kayo Sports will also show all of the Playoff games and the Super Bowl. The streaming service has a Basic and a Premium plan with the difference being you can watch on two devices with the Basic plan for $25 per month and on three devices with the Premium plan for $35 per month. The best news? Both plans come with a 14-day trial so if you're looking just to watch a specific Playoff game or two (or maybe just the Super Bowl) you can cancel after the 14 days.

However, for the proper, live-for-it NFL fans, we highly recommend you sign up for an NFL Game Pass as it is also available in Australia, and even though it is marginally more expensive you have a much wider range of features.