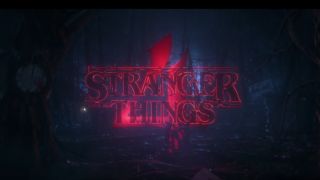 Netflix has debuted a Stranger Things season 4 teaser trailer just in time for Valentine's Day that seems to show Hopper (David Harbour) alive – although not necessarily well – after his apparent demise at the end of season 3. The character is in a Russian prison camp, with a shaved head and performing manual labor.

There's nothing else to the trailer, really, like a release date or more information on when we'll learn additional details about the show's return, but fans will no doubt get a kick out of it. This (apparently) answers one of the lingering questions from the end of season 3. Check it out below:

This outcome, of course, was teased by the post-credits of Stranger Things season 3, when an American prisoner was referenced by a Russian prison guard. This new trailer appears to connect the dots on those fan theories.

The Duffer brothers added some detail to mark the trailer's release. "We’re excited to officially confirm that production on Stranger Things 4 is now underway – and even more excited to announce the return of Hopper! Although it’s not all good news for our 'American' – he is imprisoned far from home in the snowy wasteland of Kamchatka, where he will face dangers both human...and other. Meanwhile, back in the states, a new horror is beginning to surface, something long buried, something that connects everything….

"Season 4 is shaping up to be the biggest and most frightening season yet, and we cannot wait for everyone to see more. In the meantime – pray for the American."

But when will Stranger Things return?

The reason this trailer is so surprising is that we weren't expecting to see anything of Stranger Things season 4 for a while. The show's last season debuted in July 2019, and we're expecting more than a year before the next one – and Netflix doesn't tend to publicize its shows in massive detail until a month or two before release.

Still, for fans, it's something else to think about as they look ahead to another season of the sci-fi hit.