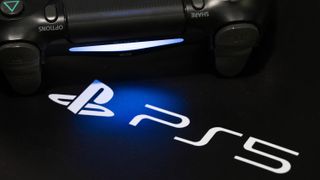 It's been a fairly quiet week for PlayStation 5 rumors. Maybe that's because we're so close to an official PS5 reveal or maybe the rumor mill has simply ran out of fuel right now.

Either way, we're continuing our pledge to bring you a weekly roundup of all the latest PS5 rumors, leaks and posts flying about (along with some legit news). We've also ranked them from the "most likely" to the "least likely", based on our own expert knowledge.

While all rumors should be taken with a big ol' pinch of salt, there are some that are more believable than others – not to mention the legit information that sneaks in between.

So, what's the rumor mill churning out this week? Well a recent report suggests the PS5 price may be driven up by scarce parts, a new patent hints brand new PSVR 2 controllers and the PS5 can apparently play "almost all" PS4 games.

The PS5 will play 'almost all' PS4 games - confirmed

In an earnings call (via GamesRadar), Ubisoft CEO Yves Guillemot stated that both Microsoft and Sony's upcoming consoles "will be running almost all the back catalog of the previous consoles."

"It will be something new in the industry,"Guillemot said. "[Backwards compatibility] will help the old generations to continue to be big consoles on the market for years to come."

We already knew the PlayStation 5 would support backwards compatibility, but it's welcome news to hear we won't have to throw out our PS4 games.

Sony has patented a new motion controller design that could be for the PSVR 2.

Published by WIPO (via 91mobiles), the newly published patent is for a controller device, shaped similarly to a Wii controller, with finger-tracking sensors that can determine which user is playing and the distance between the controllers themselves.

Could the Move controllers be getting an upgrade? We certainly hope so, but not all patents materialize into real products. So we're not sure on exactly how likely this is.

Check out the full story here.

PS5 price may be driven up by scarce parts - unlikely

A report in Bloomberg suggests that the rising costs of DRAM and NAND flash memory parts – crucial for the functioning of the console’s onboard processor, and also in high demand for new smartphone releases – makes balancing the books for the PS5 retail price difficult, and that Sony may even be putting off its pricing decision to figure out what cost to put on consumers.

There's already speculation that the PS5 will cost around $499, so this doesn't seem like a huge price hike on what we were expecting (if any really), and we don't think that Sony will repeat history and prohibitively price the next-gen console. We're not sold on this rumor.

You can read more here.