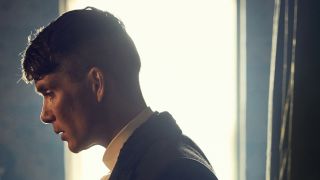 Peaky Blinders is likely coming back for season 6 in 2021. Still, you might be surprised to learn that originally there wasn't supposed to be one at all. The show was intended to end at series 5 – but then it took over the world.

The Shelby family's slick hairdos revolutionized the scalps of young men everywhere. The thick regional accents of Tommy, Arthur and company reminded everyone of the true value of subtitles. The show even, impossibly, made flat caps cool again among people under the age of 65.

Of course, following an intense cliffhanger ending, things weren't about to finish after five series. But besides confirmation that there will be a season 6 of Peaky Blinders and the title of episode 1, there's not much else we have to go on so far. We know that preproduction has started, and that scripts exist, but we're still waiting for a firm release date and more information about the story.

Either way, beware some serious spoilers for seasons 1-5 below, which you can watch on BBC iPlayer in the UK, or Netflix internationally. Here's everything we know so far about Peaky Blinders season 6.

There's no Peaky Blinders season 6 release date, yet. We should, however, count ourselves lucky that it exists at all. In a chat with Digital Spy and others, creator Steven Knight revealed in August 2019 that the original blueprint went no further than season 5.

"We were originally going to end it with this series [season 5]," he said, "but I just thought that there’s so many people who are just getting into it now. It'd be such a shame to stop."

Director Anthony Byrne – of Ripper Street fame, and the first to helm multiple Peaky Blinders seasons – said to BBC Sounds' Obsessed With… Peaky Blinders podcast that "I have no idea when it would be out, maybe early 2021." Based on the typical gaps between seasons that sounds about right, but this is far from a concrete date.

Whatever the release date is, Netflix subscribers will likely have to wait just for over a month after Peaky Blinders season 6's BBC premiere, which is how season 5 was released.

Peaky Blinders season 6: what we know about the story and returning cast

There's no Peaky Blinders season 6 trailer, but that's because shooting hasn't started yet. Byrne told GQ that the plan is for shooting to start early 2020, and we now know that preproduction started in late January. Filming reportedly starts on February 11 in Liverpool and Scotland.

"I'm reading the scripts at the moment, which Steven is writing," he said in September 2019. "I start properly on series six in early November. Then we start shooting early next year, is the plan." The first episode is called 'Black Day'.

With season 5's cliffhanger conclusion in mind, expect to see some familiar faces tying up the explosive loose ends of Tommy's failed assassination of Sir Oswald Mosely. Speaking of the slimy Blackshirts founder, we know from BBC Sounds' pod that Sam Claflin will reprise his role.

Little of the cast has been confirmed, but we'll see Cillian Murphy's return as Tommy, plus the other usual Shelby suspects. While we did leave him rather distressed in a field with a gun to his head at the end of season 5, our money's on him living to fight another day.

His troubles also trigger the ethereal apparitions of his dead wife, Grace Shelby, so we'll likely see Annabelle Wallis again, too. Less clear is whether Tom Hardy will reappear as Alfie Solomons, following his miraculous season 5 return after being shot in the head in series 4.

But what of Michael's mysterious partner Gina (Anya Taylor-Joy)? Were the scheming couple behind the assassination's failure? Michael's bid to take charge of Shelby Company Ltd certainly raises suspicion around them. Regardless, we do know we'll be meeting more of Gina's family in season 6.

Byrne told GQ in August 2019 that, "Gina, and whoever her family are, will make themselves known, Oswald Mosley and some people around him and his world." It's looking like the murky machinations of the interwar elite will become clearer in the next season, but when it comes to Gina, specifically, "there's a lot to be revealed about her next series. She's a player, she's a manipulator. She's part of a wider plan," Byrne says.

World War II will start to loom over the story in season 6. "Because of the nature of the decade, the 1930s, we know what happened at the end – that war began. There are rumblings and rumors of war and that is overshadowing the whole thing. It makes it all the more... the stakes are higher," Knight told the Press Association.

Peaky Blinders is a rare thing: a UK prestige drama that has the cachet of bigger US shows. No wonder more and more big names are showing up in every season. In the UK, the viewing figures for new episodes have tripled since the show began – don't be surprised if season 6 isn't the last we'll see of the Shelbys.