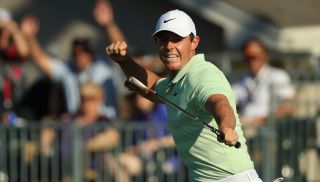 It has never been easier to watch PGA golf online. Wherever you are in the world, you can find a 2020 Genesis Open live stream that's reliable and easy to access right now with the help of our guide. While it looks like Tiger Woods will have to wait to secure a record 83rd PGA Tour title - the legend entered round 4 of the Genesis Invitational on +5, a whopping 15 shots off the lead - there's plenty of action happening right now.

World number one Rory McIlroy started the day as a firm favorite to win the tournament, sharing the lead with Australia's Adam Scott and American Matt Kuchar. The three golf stars began the final round of the Genesis Open atop the leaderboard on -10, but a disastrous triple bogey saw Rory tumble down the ranks early in his round.

Yes, the 2020 PGA Tour is now gathering speed. Prior to the Genesis Invitational tournament, the early highlight of the season was Webb Simpson's dramatic play-off win over Tony Finau at the Phoenix Open. But now round 4 of the Genesis now upon us, it's safe to say golf fans have even more drama to look forward to.

Held at the exclusive Riviera Country Club in southern California, the Genesis Open - or Genesis Invitational if you prefer - is one of the PGA Tour's most prestigious events, dating all the way back to 1926. Since then, the venue has hosted two PGA Championships, a US Open, and is lined up to feature in the 2028 Olympics. That's some pedigree, so golf fans will understandably want to where they can watch a reliable Genesis Open live stream.

Already in the know but abroad at the moment? Of the many options we've tested, the best VPN that will allow you to watch your local golf coverage from the PGA Tour is Express VPN - which comes with a 30 day money back guarantee. Check it out, because with that kind of deal, what do you have to lose?

How to watch the Genesis Open 2020: live stream PGA Tour golf from anywhere

There are loads of easy ways to watch the Genesis Open 2020 including in the US, UK, Canada, Australia and almost anywhere else in the world. Scroll down for a full breakdown of options, but the first thing you should know is that anyone away from their home country can still tune into the action as usual by using one of the best VPNs.

These services will allow you to get around any geo-blocking restrictions your local broadcaster may have in place and and let you watch a perfectly legal, high-quality Genesis Open live stream if you're out of your country. Best of all, they only takes a few minutes to set-up.

We've thoroughly tested all of the most popular VPNs and rate ExpressVPN as the best of what's out there. It's easy to use, boasts strong security features, and is compatible with just about any streaming device out there, including the  Amazon Fire TV Stick, Apple TV, Xbox and PlayStation. You can also use it with Android and iOS mobile devices, so to get that home broadcast and stay safer online, ExpressVPN is our recommended option.

Best of all, ExpressVPN comes with a 30 day money back guarantee. This is the #1 rated best VPN in the world right now, with those previously mentioned levels of security, speed and compatibility putting it to the top of the list. You can try it out for a month for free or sign up for an annual plan and get 3 months absolutely FREE. Check out Express VPN

Genesis Open Live Stream 2020: Watch the PGA Tour golf in the US this Sunday

NBC's specialist Golf Channel had exclusive US broadcast rights to the first two rounds of the 2020 Genesis Open, but national network CBS has now joined the party for the weekend. If you're wanting to watch all the action live on-the-go, a number of TV streaming services provide access to the Golf Channel as part of their offering - and some even offer a free trial.

If you're outside the US this weekend but want to access one of the above options, then you can use a US VPN to effectively transport your computer, phone or tablet's IP back to a stateside location.

If you're a UK-based golf fan, you'll likely know that Sky Sports has the rights to PGA Tour coverage on your side of the Atlantic. Head straight to the Sky Sports Golf channel where live coverage is as comprehensive as it gets.

Those who might find themselves outside of the UK for the Genesis Open can follow our instructions above to get a VPN and watch the golf via a live stream just like they would at home.

International golf fans have fewer options to live stream the 2020 Genesis Open, but there's still a way to watch the action this weekend.

The recently launched GOLFTV pass counts the PGA of Canada as one of its partners, which means Canadian fans can look forward to PGA Tour golf live streams for most major tournaments.

Priced from just $9.99 a month, it's a decent option. It even offers a free trial so you can see if it's right for you without paying a penny.

Just remember that if you're abroad and can normally access golf coverage in your home country, you can use a VPN to tap into your usual network or service - though 5ft birdie putts sadly aren't subject to such easy tap ins.

As with Canada, options to live stream the Genesis Open 2020 are limited in Australia. Once again, it's a case of snapping a GOLFTV pass or going without the PGA Tour golf this weekend.

Pricing is just as competitive as in the Great White North, too, so those Down Under can grab a GOLFTV subscription from $9.99 a month. The timings aren't bad, either, with final round action set to get really interesting from 7am AEDT on Monday, February 17. Breakfast and birdies is never a bad way to start the week, is it?

Grabbing a GOLFTV pass is also your best option to watch the PGA Tour golf and live stream the Genesis Open if you live in most other countries. Now that you know how to follow all the action as it happens, here's some more background information on the Genesis Open 3rd round tee-times, leaderboard, and favorites.

Genesis Open final round: tee-times for the Genesis Invitational 2020 round 4

Nearly all of of the world's top players turned out for the Genesis Invitational 2020, but with the cut ending up at +1, many fan favorites found themselves going home (or drinking a beer) over the weekend. Some of the big names who struggled to get to grips with the Riviera and won't be playing today are Italian Ryder Cup hero Francesco Molinari (+8), golfing icon Phil Mickleson (+4), and Tiger Woods' playing partner for the first two rounds, Justin Thomas (+3).

That means there are just a handful of key Genesis Open tee-times you need to know for the final round of the invitational event this Sunday. Mostly, you'll want to tune in to the final group, which sees Rory McIlroy paired with Matt Kuchar and Adam Scott. The three aces jointly top the Genesis Invitational leaderboard entering round 4 with scores of -10 and tee-off at 1.45pm ET, which is 10.45am PT and 6.45pm GMT in the UK.

Big-hitting Dustin Johnson can't be discounted from mounting a late charge for the title, though, and he lurks just two shots behind the leaders at -8.  His Genesis Invitational final round tee-time is 1.24pm ET, or 10.24am PT and 6.24pm GMT. Tiger Woods gets a generous  1.14pm ET Genesis Open round 4 tee-time - 10.14am local Pacific time and 6.14pm in the UK.

With a hefty $9.3m purse and impressive final round line-up, you can probably tell by now that the Genesis Open is 2020's biggest PGA Tour golf tournament to date. We'll be watching all the round 4 Genesis Invitational action right alongside you, and as a final reminder, one of our preferred options to access a legal and trustworthy Genesis Open live stream is by using a Virtual Private Network to access the broadcast you normally would at home.

Of the many options we've tested, the best VPN to sign up to right now is Express VPN - and it comes with a 30 day money back guarantee.