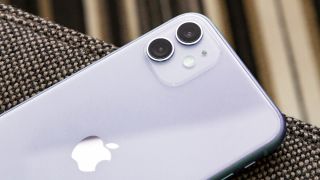 Apple is reportedly building out its own network of satellites to work with Apple devices like iPhones and iPads. It would apparently allow Apple's gadgets to communicate with each other without using carriers.

The usually reliable Bloomberg has the scoop, citing people "familiar with the work" who know what the "secret team" inside the Apple Park campus is up to.

This won't come as a complete surprise to those who've been paying attention though: there was talk of an Apple satellite network back in 2017 when Apple hired two ex-Googlers with an interest in space tech.

Those engineers – Michael Trela and John Fenwick – are now in charge of the satellite project at Apple, apparently, though the word is that it could be five years before anything is made official.

Reach for the stars

The team as a whole is reportedly made up of around a dozen aerospace, satellite and antenna specialists, and the project is said to have caught the eye of Apple CEO Tim Cook – indicating it's a priority inside the company.

A network like this could beam data to iPhones without the help of the carriers, as we've said, or it could help Apple devices communicate with each other across their own network, even if other internet and cellular services were down.

Another possible use case is in improving the mapping features on the iPhone, and for getting a more precise location fix. At the moment it's not clear exactly how the orbiting hardware would be deployed.

It also remains to be seen whether Apple will actually build its own satellites or buy them from other manufacturers. Stay tuned for more updates over the next five years.