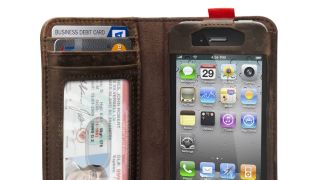 Soon you may not even need the cards

Thanks to reports that appeared late in August Apple is expected to reveal a new iPhone 6 mobile payment platform in September, and the company has reportedly found a new partner.

Apple has reached an agreement with American Express to work together on the iPhone payment platform, according to Re/code.

The new service will supposedly take advantage of the iPhone 6's rumored NFC capabilities to let users pay with their phones at retail points in physical stores.

According to the latest reports the iPhone 6 payment platform will feature heavily at the iPhone 6 announcement event on September 9.

American Express is the second partner that's been reported to be on board with Apple's new payment scheme, the first being Visa, as The Information said in July.

Apple will need more partners than that if its iPhone 6 payment platform is going to do better than other mobile payment options like Google Wallet, while at the same time competing with established services like PayPal.

Naturally sources are saying that the company is still in talks with multiple other potential partners, but only American Express and Visa have allegedly been confirmed.

Between this and all the iWatch news the site has divulged recently, Re/code is really on a roll with Apple rumors. Hopefully some of these pan out.