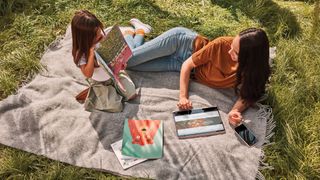 Windows 10’s latest update is rolling out at a very slow and measured pace, with Microsoft evidently being careful about monitoring the progress of the May 2019 Update, according to some fresh figures.

The latest monthly stats for May from AdDuplex, which monitors Windows 10 adoption on machines that run its ads (on apps installed from the Microsoft Store), found that in the first week of the May 2019 Update’s release, the upgrade made its way onto only 1.4% of PCs.

As the firm notes, this indicates that Microsoft is taking a very careful approach to the deployment of this update, which is hardly surprising given the need to avoid another disaster like its predecessor, the October 2018 Update.

Speaking of which, the October 2018 Update has still only crept onto 31.3% of PCs out there according to this particular set of statistics. In April, it was running on 29.3% of PCs, so that’s a 2% increase, which is unsurprisingly less than the 3% boost seen from March to April.

In other words, the uptake of the October 2018 Update is slowing down considerably, and will likely grind to a halt soon enough, as folks skip over it to get the May 2019 Update as previously predicted.

As mentioned, the slowly-slowly approach with the new May 2019 Update is to be expected, given that Microsoft needs to avoid any show-stopping bugs like the ones which plagued the October 2018 Update.

This time around, Microsoft held the May 2019 Update in the final testing phases for much longer to make sure everything was honed, as well as making things more transparent in terms of having a health dashboard to highlight any problems with the rollout (and the status of their resolution).

Coupled with the cautious pace, with the update only being made available to a limited amount of PCs which are least likely to encounter any problems, the rollout seems to be going much smoother.

Naturally, there are some problems which have been encountered with the May 2019 Update, but they are relatively minor issues in contrast to the previous rollout. Let’s hope progress continues along these lines, and nobody suffers any major headaches from this particular upgrade.