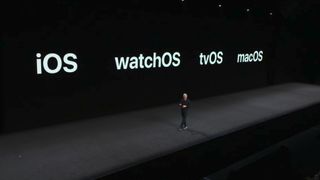 It hasn’t been a particularly spectacular year for Apple. After a significant amount of press, leaks, and fanfare, the release of the iPhone X fell well below expectations, compounded by the arguably beta release of iOS11.

Both the device and its accompanying software release were both sunk by what has become a lack of foresight within the company – the device was far too expensive, even for many dedicated customers, while the software was chockful of bugs, inconsistent design choices, and a distinct lack of “catch-up” features.

This was followed by the commercial flop of their first brand new product since the Apple Watch – the HomePod – which released with mixed reviews and a high price-point. Sales estimates show that Apple only sold 600,000 units in the first three months of year, while competitors Google and Amazon sold 4 and 2.4 million devices respectively.

Like the iPhone X and iOS11, the HomePod failed to match the widening of consumer options – customers are increasingly buying into services, not hardware, and want the ability to switch between options. While both Google and Amazon offer first-party music services for their devices, neither are locked to them exclusively, nor do they require a secondary device for primary operation.

Apple had made a strong effort to stem any sort of anticipation on the lead up to this year’s Worldwide Developer Conference; an annual event focused at providing announcements and workshops for Apple’s wide array of developers across its four platforms (iOS, MacOS, TvOS, and WatchOS) as well as the release of that year’s beta operating systems.

A vast series of leaks (Apple rarely speak directly on the record) tempered the idea that there would be any surprises – no hardware, no redesigns, no significant changes that might upset the status quo. The focus would be on fixing and refining the core operating system in advance of an overhaul in 2019.

Not so great expectations

What eventuated was, as expected, straightforward and, well... boring. There was mention of all four platforms, but few actual changes to the structure of how the software works. Siri was still Siri, although she’d been augmented somewhat with shortcuts.

There was a mirror of Google’s Dashboard, which details use time in apps and allows you to create voluntary restrictions on your own access. iOS12 will run much better on older hardware than even iOS11 did, thanks to a ton of work on streamlining the OS and removing legacy elements.

The other changes were largely from native applications, which require updates as part of the full operating system to be implemented. Facetime will get 32-user group video calls, AR goes into version 2, and notifications are now (FINALLY) grouped and managed with some AI smarts.

But all these changes are largely iterative – even in the “off year” most analysts have called it, there isn’t any direction in iOS12. Siri is still one of the most underutilised parts of the OS, and it's years behind even Alexa, which was developed well after Siri debuted.

Most commentators, and leaks, have claimed that this is due to Apple doubling down on fixes – but this is a company with tens of thousands of the best engineers in the world. Why isn’t there a team already dedicated to ensuring any new advancements are contained within a strong, well-tested framework?

As it stands, earlier versions of iOS were significantly more stable and consistent, with the same or more feature rollouts hitting devices each year. In comparison to Google or even Microsoft, who have both completely redesigned the modern core of their operating systems to evolve with modern software advancements.

Android has come leaps and bounds since the early days of poor security, sluggish performance, battery annihilation and a distinct lack of quality applications. Oreo is slick, smart and constantly evolving, thanks to the “separation of powers” between core Google apps and the central OS, meaning that the company doesn’t have to wait an entire year in between updating functionality.

Microsoft has been slowly doing the same thing, dramatically pushing the OS into a service carried by a strong and fast cloud back end. Both tablet and desktop OS’s are now a singularity thanks to Universal Apps, as well as shared services and hardware architecture/bridging between Xbox consoles and regular PCs.

Can Apple keep up with the market?

On the flipside, there is no overhaul incoming for MacOS. Mojave is yet again another thin layer of paint on an operating system that feels incredibly dated and mismanaged.

Siri sits on top of the OS as an App, not part of the core workings like Cortana or Google Assistant in Chrome OS, clumisily trying to do your bidding on command, instead of intelligently attempting to figure out what you are doing or trying to do so without being asked.

The architecture is the same, and the Mac App Store continues to forget that it is shared with a much bigger and better brother on the other side of the ocean.

I have no doubt in my mind that we will we see iterative updates to hardware in September. We will get new Macs, new iPhones, maybe another iPad or a smaller speaker.

But the market is starting to change around Apple as the lines begin to blur – they no longer have the monopoly on effective experiences. Android One now provides users with a clean, consistent, fast and universally updated operating system across a vast range of devices and price points. Chrome OS has already dominated the education market in the US and parts of Europe.

Microsoft is starting to edge itself into ARM machines to produce X86 compatible products with 20 hour batteries. Chinese OEMs are now producing premium devices that people want to buy at a fraction of the cost.

There will always be a case for Apple. But years on top of the tower have left it without the incentive to compete. WWDC was a chance for Apple to present its plans for the next few years, not just the next year. From what I and many ours saw however, was simply business as usual.