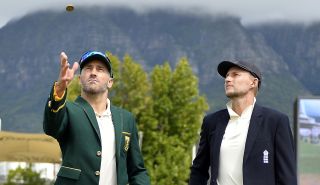 England and South Africa have put on a fantastic advert for Test cricket over the last month or so - it feels like a shame that it has to end so soon. With the visitors 2-1 up in the series, we'll show you how to watch all of the action - no matter where you are in the world - with our South Africa vs England live stream guide.

South Africa vs England 2019/20 Test series - where and when

The four-match Test series takes place at a quartet of different cricketing venues across South Africa in late December through to the end of January, with the following fixtures remaining:

Each day of play will start at 10am SAST local time meaning an 8am GMT start for folk watching in the UK.

With both teams entering something of a transition phase, the series was always going give some sort of indication of England and South Africa's cricketing futures. Three ODIs and three T20 matches will follow the business of the proper cricket.

If the first Test marked a bit of a return to form for the Proteas, the second was all about Man of the Match Ben Stokes (again!). His quickfire third innings runs and devastating finishing salvo were enough to bring England all square. And then, somehow, Joe Root's wicket taking abilities swung the third game in England's favour again. Well, we don't think anybody saw that coming!

The drama of this fascinating series is set to conclude in Johannesburg. So follow the instructions below to watch all of the action where we'll tell you how to grab a South Africa vs England live stream of the 4th Test from pretty much anywhere on Earth.

Watch a cricket live stream when away from your country

For cricket fans in the UK, South Africa and the US looking to find out how to watch the cricket, we've got all the details about the broadcasters with the rights to show a South Africa vs England live stream of the Test series in your region below.

If you're away from home country and looking to see the action you'll likely to find you won't be able to thanks to geo-blocking. Thankfully there's a way to alleviate that frustration. By using a VPN you'll be able to watch the game without having to resort to watching via an illegal feed from a dodgy website you've discovered on Reddit.

We've put all the major VPNs through their paces and we rate ExpressVPN as our pick of what's out there, thanks to its ease of use and strong security features. It's also compatible with just about any streaming device out there, including Amazon Fire TV Stick, Apple TV, Xbox and PlayStation, as well as Android and Apple mobiles. So to get that home broadcast and stay safer online, ExpressVPN is our recommended option.

This is the #1 rated best VPN in the world right now, with those previously mentioned levels of security, speed and compatibility putting it to the top of the list. You can try it out for a month for free or sign up for an annual plan and get 3 months absolutely FREE.

Once you've chosen and installed your VPN of choice, simply open the service's corresponding app, hit 'choose location', select the appropriate country and you'll be able to watch the broadcast as if you were back at home.

How to watch England play cricket in the UK

Sky Sports once again has exclusive live broadcast rights to the cricket in the UK. If you subscribe to Sky Sports, you'll be able to watch each match live on your TV. All matches will also be available in Ultra HD for Sky Q subscribers. You can also live stream all of the action on your phone or tablet using the Sky Go app.

How to watch the Proteas Test series in South Africa

Live coverage of England's tour of South Africa will be shown on subscription service, SuperSport in South Africa.

If you're away from the TV you can also watch the action via the network's streaming service for PC and Mac as well as via SuperSports' dedicated app.

If you want to catch SuperSports coverage but are out of the country, you can use a VPN using this guide.

How to live stream South Africa vs England in Australia

Unfortunately there's also no confirmed broadcaster for the Test series for folks looking to tune in from Australia.

You're best bet is to use one of our best VPNs as listed, set your location to a country on this page that is broadcasting and take it from there.

How to watch South Africa vs England: US live stream

For red ball fans in America, Willow TV is the official US broadcaster of the test series. The service costs $9.99 a month and is also available on streaming services such as Sling and Fubo.

To watch Willow TV when you're out of America and geo-blocked, our VPN workaround as outlined above will ensure you don't miss any of the action.