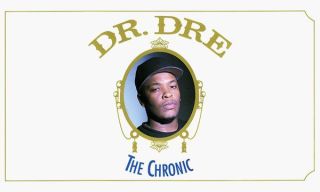 While Dre's other albums can be found on other streaming services, this is the first time the 23-year-old album will be available for streaming. Ever.

The album didn't even have its streaming debut on Dre's (and Jimmy Iovine's) own streaming service Beats Music, even though Dre owns the digital rights to 'The Chronic.'

Beats Music is now owned by Apple, and Dre and Iovine were both involved in the development of Apple Music.

Apple Music is set to launch tomorrow, bringing The Chronic to the masses as well as other exclusives including Taylor Swift's album 1989 and a song by Pharrell.