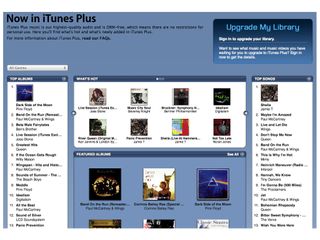 iTunes Plus sells DRM-free tracks which are of higher quality than normal, and cost 25% more

Universal Music has denied that it plans to make its music available DRM-free on Apple 's iTunes store . Last week rumours were rife that the major record label was going to follow in EMI 's footsteps by joining the iTunes Plus scheme. But Universal has been in touch with Tech.co.uk to completely deny the story.

"The rumour is completely untrue," said Peter LoFrumento, senior vice president at Universal Music, in an email over the weekend.

Of course, a denial of this kind does not mean that it's definitely not true. But what with the lack of convincing evidence, it makes sense to take Universal's word on this for the time being.

DRM (digital rights management) is a way of copy-protecting music files so that they cannot be shared on P2P networks over the internet.

Major British label EMI, which owns the catalogues of bands such as The Beatles and Coldplay , has already joined the iTunes Plus scheme. It means that EMI's music is available in higher quality (256Kbps) and without DRM protection. Consequently, the files can be played on any computer, and with any media software or digital audio player that supports the AAC codec used by the iTunes Store.

These DRM-free tracks are sold for 20p more than normal - 99p instead of 79p each.

The first time you buy an iTunes Plus song, you specify whether to make all future purchases iTunes Plus versions (where available). You can change this setting by accessing your account information on the iTunes Store. The tracks bought through iTunes Plus replace the lower-quality versions of the track.

The iTunes Plus store has attracted controversy over the last two weeks after it emerged that DRM-free music tracks would be sold with personal data encoded inside them. This is designed so that if the tracks make their way onto P2P sharing networks, they can be tracked back to the source.

But the presence of this personal data in your purchased music tracks is nothing to worry about, say some analysts. The only people it will affect are those who illegally share their music libraries over the web.

Apple launched the iTunes Plus service at the end of May with its iTunes version 7.2 update.