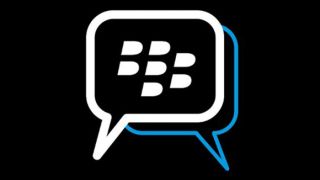 Whether you care or not, BBM on other platforms is still happening

It's been a long time coming, but BlackBerry Messaging looks ready to ripen on iOS and Android.

The company formerly known as Research in Motion published the manuals for BBM on iOS and Android online before promptly taking them down, reported Pocketnow, a sign that the material is ther, just that BB isn't ready to send it on its merry way.

Those who caught a glimpse say the manuals featured instructions for sending text messages, voice messages, locations and photos, as well as instructions on how to change statuses and profile pictures, among much else.

The site reported that screen sharing, voice communication, and video will be there eventually as well, though not at first.

All signs point to BBM

Earlier this year word was BBM would arrive on iOS and Android by the end of the summer.

Earlier this month BBM for Android entered internal beta at BlackBerry, and in July a BB exec said it would arrive on Google's mobile OS by the end of September.

This month a press release even claimed that BBM for Android will arrive "soon" - but only on Samsung's Galaxy S4, and only in Africa.

There's been even less word on BBM for iOS, but all signs seem to point that both versions of the BlackBerry Messaging app are well on their way.

Whether anyone still cares is a different question, and one that will only be answered when it finally comes out.