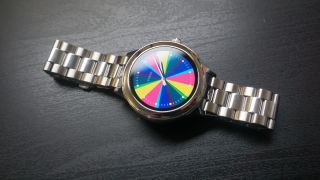 Fossil is known for releasing a lot of smartwatches each year (including hybrid watches and Wear OS wearables) and 2018 is set to be no exception, as the company is already readying seven new devices we expect to hear about soon.

Spotted through the FCC (Federal Communications Commission) in the US, there are seven new wearable devices coming from the manufacturer and all are running Google's Wear OS software.

The FCC listings confirm all seven watches will come sporting NFC - so we hope that means Google Pay will work on all of these devices - as well as connectivity for Wi-Fi and Bluetooth 4.2.

The listings reveal the model numbers for each watch, but there's nothing we can ascertain from the documents so far as there's no word on design, price or other features.

What tech is being used inside is also unclear. We know Qualcomm is working on a new Snapdragon Wear chipset for smartwatches, so it may be that Fossil is waiting to launch these after that's properly revealed.

If not, it's likely these watches will be running Snapdragon Wear 2100 chipsets, which are now quite dated and which are used in the existing Fossil Wear OS watches you can buy right now.

Fossil is behind the upcoming Marc Jacobs Riley smartwatch too, but that sports the Snapdragon Wear 2100 so it's likely we'll see that watch on wrists before any of these seven rumored watches.