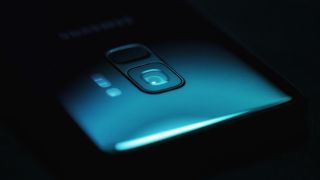 Samsung already had some excellent smartphone chipsets under its belt, now the South Korean company is adding camera phone sensors to its repertoire – a market that has thus far been dominated by Sony.

Both sensors have 0.8 micrometer pixels, allowing more pixels to be packed into a tighter space, which in turn gives manufacturers the liberty to design smaller camera modules.

Coupled with Isocell Plus technology – which enhances performance for smaller pixels sizes – Samsung says they’re “the ideal solution” for the three, and now four, lens setups arriving on the latest smartphones (like the Huawei Mate 20 Pro and Samsung’s own Galaxy A9).

For sensors it's typically the case that larger pixel sizes offer better light performance, but Samsung is also using Tetracell technology to manufacture these new sensors. This allows four pixels to work as one and deliver the same light sensitivity as a pixel four times its size. By this calculation, Samsung says the 48MP and 32MP sensors will perform as well as a 1.6micrometer pixel sensor at 12MP and 8MP resolutions respectively.

Another feature that Samsung has included is gyro-based electronic image stabilization (EIS) for faster and more accurate shots.

Samsung plans on beginning mass production of the two sensors in the fourth quarter of this year, so we could potentially see the upcoming Samsung Galaxy S10 flagship, or the foldable Galaxy X, feature high-resolution camera systems.