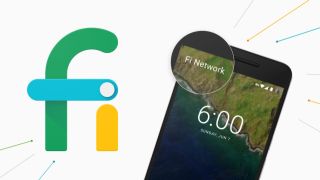 From its groundbreaking efforts to provide free high-speed internet to underserved communities in Africa to the US city-hopping fiber optic internet service, Fiber, it's clear that Google is no stranger to trying to connect the world.

Different as they might be, each of these projects is sewn with the same string of fabric, one that aims to wrap around the globe and loop in as many people as possible.

As of 2015, another idea called Project Fi came into the fold that could eventually have a massive impact on how wireless carriers operate on a global basis.

Project Fi, like Cricket, MetroPCS, Tesco Mobile, Virgin Mobile and many more, is a mobile virtual network operator (MVNO) that provides its pay-per-gigabyte service by utilizing the signal coverage of other, much larger carriers. In Fi's case, that currently includes Sprint, T-Mobile, and U.S. Cellular.

For folks in the United States, nearly every possible avenue has been explored to easily migrate onto Fi from their previous carrier. It's affordable, it doesn't bind you to a contract, and its service covers most of the United States. But what about the rest of the world? Not so much—but don't count it out just yet.

The appeal of Project Fi isn't so much in where it stands today, as an affordable option for Nexus 5X and Nexus 6P users in America, but where it could grow to be tomorrow.

Imagine the impact of a single global carrier that transcends borders with affordable data. One SIM card that can travel with you wherever you go without getting roaming charges.

As one of the most powerful companies in the world, Google could make it happen. The question is: when will it happen, if ever? Let's break it down into basics first.

An experimental service at heart

Compared to giant wireless carriers like Verizon and AT&T, an MVNO is a more nimble operation that can more quickly make changes to its service and implement improvements that benefit its batch of users.

To that end, Google's approach with Fi isn't much different to that of other popular MVNOs. But, it's unique in the sense that it's all just one big, commercial-grade experiment.

Speaking with Simon Arscott, the product manager at Project Fi, he referred to the network of networks —the service's cheeky tagline— as a "testbed to push the boundary of innovation in connectivity, and share innovations back with carriers, manufacturers, and developers."

What sort of innovation exactly? Here's a small example. The nano SIM included along with a subscription to Project Fi looks like any ordinary one. But when used in tandem with the unique cellular radio setup built into the small group of Nexus phones, it's capable of some cool stuff.

Stuff like automatically switching between Wi-Fi (even public hotspots via VPN) and LTE cellular signals to give you the fastest transfer speeds —all without dropping out of a call. To test this out in more depth, I downloaded an app called Fi Info, which specializes in logging each and every data switch that Project Fi makes. In New York City, T-Mobile has me covered nicely. But on a day that I traveled east to Massachusetts, Fi Info showed me that the service had intelligently switched between each of the three available providers along the way.

The Fi innovation that's the easiest to get onboard with is its pricing structure, which makes having a data plan something that doesn't have to gut your bank account. Each plan is US$20 flat, with each gigabyte costing an extra $10.

Google won't front your termination fee if you're looking to switch, but it will knock $150 off the price of an unlocked Nexus 5X when you sign up for Fi.

I'm a Fi customer after having switched from Verizon, and now usually pay less than $40 per month, which is down from about $75 on a shared plan. So long as Fi exists, I'm never going back.

The opportunity to connect the globe with affordable data plans seems too ripe to pass up. And recently, Google took a sizable step toward bringing its Fi service outside of US soil.

Project Fi recently added LTE coverage in over 135 countries around the world by partnering up with Three—an unprecedented move for a US-based MVNO. But, even if your home country is now blanketed in Fi coverage, you're still out of luck. Yes, the Nexus 5X and Nexus 6P are widely available across the globe, but still no dice for Fi.

There's obviously more that can be done, but something is standing in Google's way. Expanding a unified cellular service across the globe is a costly mission—even for a company as large as Google is— that is steeped in unique challenges.

The right to internet access was declared as a basic human right a few years ago and since then, we've seen bold initiatives come to life, like Aquila, Facebook's solar-powered drone. When it launches, it is said to be able to remain in flight for three months, beaming free wireless internet to people in Africa, many of whom have never logged online even once.

By comparison, an all-encompassing cellular solution is a more stubborn issue to address. First off, many regions around the world lack the networking infrastructure to provide 4G LTE—or even 3G—to its customers, which is a marquee feature of Google's cellular service.

In the countries that are prepared for Fi on a technological basis, Google would then need to negotiate with the regional carriers of each country in its sights to play nice with each other, allowing Project Fi customers the world over to switch between them at a moment's notice.

As much as I, and a ton of people on the internet, have voiced that we want Project Fi to graduate into a global carrier, it's easy to see why it's not—at least in its current state.

According to Google, the focus is still solely on US users. But, a recent partnership with Three in the UK shows that it is branching outward, even if it's just a small step toward the gargantuan goal of connecting the globe.