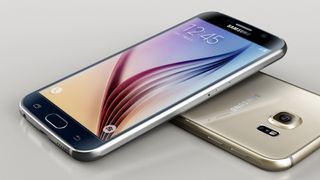 Samsung is putting security first with the announcement that it is implementing a new process that sends out security updates monthly.

"With the recent security issues, we have been rethinking the approach to getting security updates to our devices in a more timely manner," said Dong Jin Koh, executive VP at Samsung, referencing the "Stagefright" exploit that left 950 million Android devices vulnerable.

"Since software is constantly exploited in new ways, developing a fast response process to deliver security patches to our devices is critical to keep them protected," he added.

Google has been under a lot of pressure in regards to the Stragefright exploit, and has been trying to strengthen the idea that security is a priority for the company.

In its announcement today, it said that "Android was built from day one with security in mind" and that "security continues to be a top priority and monthly device updates are yet another tool to make and keep Android users safe."

Google will begin sending out over-the-air monthly updates to its Nexus handset range, with the first roll out starting today for its Nexus 4, Nexus 5, Nexus 6, Nexus 7, Nexus 9, Nexus 10, and Nexus Player.

The search-giant will be releasing these patches to the public and other Android manufacturers via he its Android Open Source Project.

Samsung is also currently in talks with carriers around the world to enable over-the-air security patches for its Galaxy phones when vulnerabilities are found.

Re-enforcing its security measures is an important move for Samsung right now as it gears up to launch Samsung Pay, the company's full-fledged payment system that will replace its current Samsung Wallet.

It is expected to launch next month and will take on Apple Pay directly, allowing users to swipe their phone for purchases at supported retailers instead of a debit or credit card.