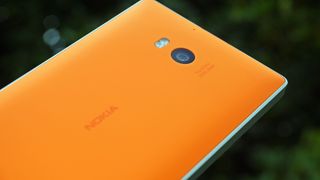 Nokia was once a major name in mobile and it could soon be again. A deal with Microsoft that temporarily prevented Nokia from using its name on phones is nearly up, with the rights returning to Nokia in the last quarter of this year.

And it seems Nokia isn't going to waste any time in releasing new smartphones and tablets under its name, as three or four new devices are apparently going to be announced by the end of the year.

That revelation comes straight from Nokia China's president Mike Wang, who spoke to Chinese site The Paper, as spotted by Android Authority.

The devices are expected to include both phones and tablets, and will be running Android, which is a big change for a company that in recent years has been more associated with Windows Phone.

The new devices won't be manufactured by Nokia itself though, but by a new company dubbed HMD, which we've reported on before.

The big question now is what specs they'll have, as the report doesn't shed any light on that, but earlier rumors suggested we could see both 5.2-inch and 5.5-inch phones.

Both will apparently have QHD displays, metal shells, 22.6MP cameras and high-end Snapdragon 820 processors, which would put them on the same sort of level as flagships like the Samsung Galaxy S7.

If Nokia really is revealing the phones this year we'll have a clear idea of the specs soon, but according to the report they might not arrive in shops until early 2017, so don't count on getting one for Christmas.