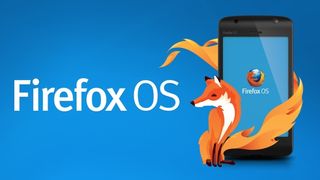 Mozilla has sent its OS out into the wild, but it hasn't made it yet

Android accounted for 81% of worldwide smartphone shipments in the third quarter of 2013 and iOS mopped up most of the rest according to a study by IDC.

With that in mind it could be easy to think that Mozilla's new Firefox OS is doomed to fail; after all, how can it hope to compete with the sales figures of Apple and Google, especially when veterans like BlackBerry and big names like Microsoft's Windows Phone are struggling to make much of a dent in global sales?

But Firefox OS isn't just another smartphone operating system. It's fundamentally different in creation to any of the major players and Mozilla's tactics and aims are somewhat different too.

The goal of Firefox OS is primarily to create a truly open ecosystem, one where all apps can run on other operating systems and on almost any hardware. In other words: do away with the walled gardens that we've all become so accustomed to on phones.

Other smartphone platforms require apps to be developed specifically for them, so if a developer wants to put an app on multiple device types then it has to be manually ported each time.

It also means that if a user ever abandons one operating system for another they won't be able to access their apps anymore. They'll have to find and buy them all again and that's if they're even available.

Firefox OS handles apps more like the internet handles web pages. Rather than proprietary tools they're built using open web standards like HTML5 and JavaScript, so they can run on just about any computing device that has access to Firefox, meaning Android phones and PCs alike can make use.

In other words they're platform agnostic and as both Firefox OS and its apps have low hardware requirements you can access them on very affordable devices, designed to make the mobile web more open with minimal barriers to entry so the maximum amount of users can get involved.

It's a lofty goal, but if Firefox OS wasn't so ambitious and so different it would have little hope of attracting any attention at all in the congested smartphone market - although it's worth noting that this project is as much about offering something new to the developing markets as it is trying to break the smartphone stranglehold in the more mature areas.

Firefox OS is also about trust and community development. As a truly open source OS it's very transparent, allowing tech-savvy users to see how their personal data is handled, while both individuals and organisations are free to build on and modify Firefox OS to improve it and make it available for other platforms.

Firefox OS has another trick up its sleeve too and it's called adaptive app search. It's a search screen which is used both to find apps and documents that are already installed on your phone and web apps that you might be interested in, essentially combining a web search with a search of your phone storage.

Simply type a word out and it will bring back all the relevant results from both local and online content. Web apps can then be used immediately or downloaded to your phone and the results will even adapt to your location when relevant, ensuring you always get the best results possible.

This web-facing approach doesn't mean any phone running Firefox OS has no similarities to your Android or iPhone.

It still uses a lock screen, home screen and notifications bar and handsets which run Firefox OS come with a camera complete with style filters, a music player and FM radio.

On top of that there's the obvious suite of software: maps, the Firefox web browser, Firefox Marketplace for apps, an email app and built in integration with Facebook and Twitter to make users coming from other smartphones should feel right at home.

Current page: Firefox OS: What is it? Part 1

Next Page Firefox OS: What is it? Part 2
See more Mobile phones news