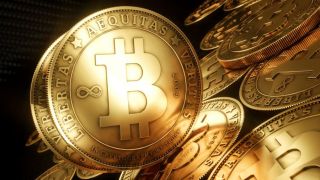 Cryptocurrency mining is the process of using GPUs, or graphics cards, to invest in, and profit from, the value of digital encrypted currencies. In recent times there has been something of a boom in the value of cryptocurrencies, meaning that ‘miners’ have been snapping up GPUs.

However, in the last few days there has been a swift decline in the value of both Bitcoin and Etherium, leading to many miners selling their GPUs. According to CoinDesk, there have been 260 entries on Ebay for 'Etherium mining rig', all bar three of which appeared online after July 11.

That date is significant because that’s the day after Etherium hit its peak of $400 – to put that in context it was only worth $10 a unit on January 1. The value of cryptocurrencies plummeted after that, with the market losing $10 billion over the weekend and Etherium hitting a low of $133, although it's since recovered to around $200.

Where are my savings?

If you want to take advantage of the sudden glut of GPU’s on Ebay, you’re going to have to know what you’re looking at, as they are definitely packaged for the purpose of mining, even though they're essentially just powerful gaming GPUs.

It's worth bearing in mind that months (or years) of mining could shorten the life expectancy of graphics cards if they've been used a lot, but the savings you get may be worth the risk. As the rigs usually contain a number of GPUs specifically calibrated for mining, it will require a few friends and a little expertize to get your cheap GPU.

If plowing through mining rigs sounds like a lot of work, you may still see a discount in the price of GPUs in the coming months as the diminishing demand may well have a knock-on effect on GPU cost.

If we see any change in GPU prices, we'll let you know.