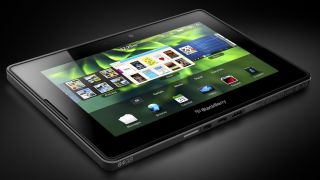 It may be a "chaotic cesspool", but surely the PlayBook needs Google Play!?

Update: RIM says that's not what we meant - side-loading will still feature on the PlayBook

Research in Motion (RIM) is set to drop the ability for users to sideload Android apps onto their Playbooks after it surveyed Android developers.

Allowing the BlackBerry Playbook to run Android applications from the Google Play store is an extra selling point for a tablet which offers little in a crowded market and removing the feature is likely to hurt sales even more.

However RIM's reasoning behind the move seems sound, after it conducted a survey on Android developers, in which over half raised concerns regarding app piracy.

Android market is a "chaotic cesspool"

Alec Saunders, VP of Developer Relations at RIM concluded; "Piracy is a huge problem for Android devs, and we don't want to duplicate the chaotic cesspool of Android market."

That's certainly a bit of a body slam from RIM on Google Play (formerly Android Market) right there, but Saunders is making a valid point underneath the smack talk.

Google Play does suffer from a vast number of low-quality apps due to its open nature, which sometimes means you spend a lot of time searching for a decent application.

However is this issue alone enough to have compatibility removed from the slow selling Playbook, which really needs all the help it can get if it stands any chance of surviving?