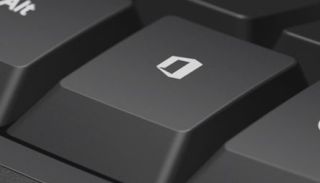 Of all the keys on your keyboard, the Menu key – which sits to the right of the spacebar – is likely to be the least used, and Microsoft wants to change that by making it a dedicated Office key.

This is according to prolific Microsoft leaker WalkingCat, who has posted an internal survey from Microsoft which appears to show the company is looking at how it can make that unused key actually useful.

According to the survey, Microsoft is asking respondents if they have used a keyboard with the new Office key on a PC running Windows 10 May 2019 Update, and if they have, how useful they found the new key.

The survey asks if they used any of the new shortcuts, how Microsoft can improve it, and if users would like to see the Office key on a laptop.

Respondents are also asked to rate the Office key concept.

Making use of the key

It’s fair to say that the Menu key is rarely used by most users – and many keyboard manufacturers often replace it with their own function key – so it’s good to see Microsoft exploring ways of making the key more useful.

However, from the sound of things, it seems like the Office key will only be used for Office shortcuts. That’s great if you’re an Office power user, but if you only dabble in the software – or you don’t use it at all – then that new Office key is going to remain as unused as the Menu key it replaces.

It looks like the Menu key will be coming to Microsoft-made keyboards – if Microsoft does go ahead with it – but there shouldn’t be an issue with non-Microsoft keyboards using the existing Menu key as the Office key in the future – you just won’t get that fancy Office logo.