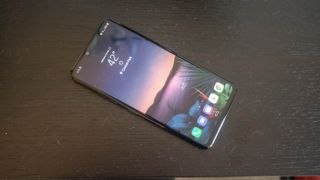 Recently LG teased that a dual-screen smartphone would be announced at IFA 2019 on September 6, and now we have a better idea of what it might be, as the company has apparently mentioned the LG G8X by name.

That’s according to AndroidWorld, which claims to have received an email from LG mentioning the device, as part of an invitation to the company’s IFA event.

And that’s not the only mention of an LG G8X or LG G8X ThinQ, as LetsGoDigital has also spotted a trademark for the G8X name, filed by LG Electronics. So it looks very likely that such a device exists and is launching in September.

This however doesn’t necessarily mean that it will be the dual-screen device that LG teased, as LG’s DualScreen accessory (which is likely to be used as the second screen here) previously only worked with the LG V50 ThinQ, and not the LG G8. As such we were expecting the next V model, likely called the LG V60 ThinQ, to be the teased device.

So it could be that two (or more) new LG handsets are fast approaching, though South Korean site GotIt claims that the LG G8X is the dual-screen device, citing industry sources, and suggests that we won’t get a new V model at IFA 2019.

Two screens, but what else?

So we’re really not sure at the moment. As for the LG G8X ThinQ, aside from possibly having a second screen (likely taking the form as the optional LG DualScreen accessory), we don’t know much about it, though with an ‘8’ in the name it’s probably a tweaked version of the LG G8, rather than a true successor.

The G8X could still be an upgrade though, as we’ve already had the lower-end LG G8S ThinQ, so another model that’s a step down seems unlikely. LG’s teaser also hinted at enhanced gaming and photography skills, so – assuming the teaser referred to this phone – we might get that from it too.

All will become clear on September 6, but in the meantime, we’ll update you with any credible news and rumors.