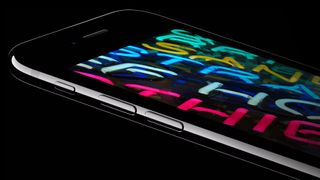 It may not be as hard to find as an NES Classic Edition, but Apple's iPhone 7 and iPhone 7 Plus may remain a hot commodity throughout this holiday season.

Regardless of its incremental improvements over the iPhone 6 and controversial removal of the 3.5mm headphone jack, Apple's handsets appear in high demand among wish lists nationwide, according to a survey conducted by investment firm Piper Jaffray.

The survey - which polled 1,000 individuals in the US for their most wished-for holiday gifts - put the iPhone at the very top, with 7.2% of the entire sample wanting one of Apple's handsets.

Piper Jaffray's managing director, Gene Munster, also points out that the results for the iPhone were 2% higher than last year, suggesting that the interest in Apple's smartphones are still going strong, despite a recent decline in sales.

Other items on the list included the MacBook, Xbox One, smartwatches, and the PS4, though all of those combined didn't even come close to the iPhone's share of the chart.

Where can I get one?

Wait lists for the iPhone 7 are nowhere as bad as they were at launch, but with Black Friday and Cyber Monday come and gone, getting one for cheap this holiday could be tough.

That said, Walmart is offering $150 off the older-but-still-perfectly good iPhone 6, and is discounting more than twice that on a refurbished model.

While we can see iPhones being 'The Hot Thing' this Christmas, it should be noted that Piper Jaffray's survey isn't exactly ironclad. First, a sample size of 1,000 people is relatively small and prone to bias.

Secondly, while Munster mentions the iPhone 7 specifically, the survey just says "iPhone." This could mean the people surveyed were interested in any make of the handset - or possibly just smartphones in general. (Kinda like how our parents refer to every kind of tablet as 'an iPad.')

We have reached out to Piper Jaffray to learn more about the survey and how it was conducted, and will update this story when more details emerge.