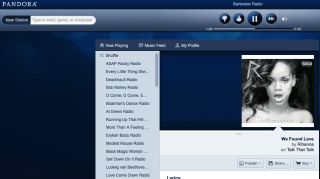 The news comes via TechCrunch, reporting on the music service's financial earnings call. What brings about the change? Sounds like Pandora's gotten smarter.

More "surgical techniques," like skip limits, allow the company to control costs in a way that won't impact users as obviously as the "blunt tool" cap.

This isn't the first time Pandora has instated and then retracted a listening limit. The company imposed one on free desktop usage, but pulled the cap off in September 2011.

Though Herring brushed off the impending launch of iTunes Radio by stating, "We are no strangers to intense competition," it's worth noting that the Apple-led service won't launch with a listening cap.