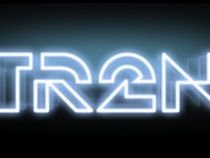 Tron: Legacy is set for release on 3D Blu-ray from Disney later this year, in addition to at least 14 other 3D titles, with a number of 2D-to-3D conversions of classics also promised.

It's a solid show of support from one of the major producers of 3D movies, with some great conversions of flicks such as The Lion King and Beauty and the Beast in the works.

"Continuing its leadership in the advancement of 3D entertainment and marking the most significant title commitment to the growing Blu-ray 3DTM market, the Walt Disney Studios today announced plans to release at least 15 of its films for in-home viewing on Blu- ray 3D in 2011," reads Uncle Walt's press release just in.

One person who is particularly pumped about the news is Lori MacPherson, executive vice president and general manager, Walt Disney Studios Home Entertainment, who tells us:

"As our contemporary library of 3D content continues to grow, and the original artists and filmmakers meticulously "dimensionalize" their work for release on the Blu-ray 3D format, we will be offering movie- lovers the most incredible in-home entertainment experience they will ever have."

Also included among the titles slated for release in 2011 are Bolt, Meet The Robinsons, The Nightmare Before Christmas, G-Force and Chicken Little.

"I don't think I've ever seen an association turn out a spec in such rapid time. The alternative would have been two or three different ways to do 3D on a disc - and that's death to a format. Everyone understood that could happen. We avoided what could have been an ugly, messy situation."

"As conversion techniques continue to get better and the cost of conversion comes down, there will be growing interest to do more of these titles."