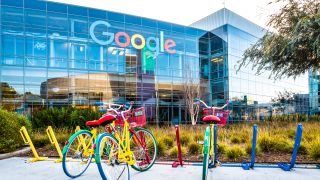 Song lyrics and trivia website Genius has accused Google of stealing its work for its own search results, according to the Wall Street Journal.

When you search for a song title using Google, the search engine will often display its lyrics in an information box at the top of your search results, along with videos, release date, song writers, and information on where to listen to it.

According to Engadget (who also reported on the story), the website claims Google is "not only hurting its traffic with its lyrics cards, but sometimes grabbing Genius' lyrics verbatim," which it says it can prove by looking at the apostrophes in the lyrics.

This is because Genius alternated between straight and curved apostrophes "as a form of watermarking" – the website claims that there were "over 100 instances" were Google's search result-generated lyrics contained the exact same apostrophes.

Amusingly, these apostrophes have a secret meaning, reportedly spelling out 'red-handed' when converted to Morse code's dots and dashes.

Google has responded to the claims with a statement, saying: "the lyrics displayed in the information boxes and in Knowledge Panels on Google Search are licensed from a variety of sources and are not scraped from sites on the web."

"We take data quality and creator rights very seriously, and hold our licensing partners accountable to the terms of our agreement. We're investigating this issue with our data partners and if we find that partners are not upholding good practices we will end our agreements."

Genius says that Google is "both violating antitrust law and its terms of service", and claims that it alerted the search engine to the problem in 2017.

It's unlikely this case will ever make its way to court, as it's unlikely to go in Genius' favor – after all, Genius doesn't own the copyright to the song lyrics themselves, only having the right to display them.

For its part, Google doesn't admit to being caught 'red-handed'.  However, the fact that it's investigating the issue with its partners, and is willing to end agreements with those who don't "uphold good practices" could bode well for Genius, whose traffic has suffered dramatically since Google started displaying song lyrics in its search results.

It's not clear whether this will affect the 'visual lyrics' feature that came to Google smart displays like the Google Home Hub and the Lenovo Smart Display in late 2018, and more recently, the Google Nest Hub Max. The feature automatically displays song lyrics on your smart display when playing music through Google Play – it doesn't work on every song though.

Still, it's not all bad for Genius. Spotify subscribers get Genius-sourced lyrics shown in the Spotify app during songs, and the company has also integrated with Apple Music.