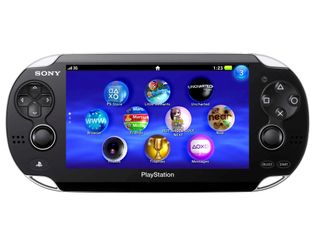 Social media is at the heart of the new PS Vita

It looks like Sony is set to ensure that social media is at the heart of its new PlayStation Vita handheld, with the gaming giant revealing the online and social features of its new console this week.

PS Vita' social and online modes have been officially detailed by Sony, with new specifics outlined about the new portable PlayStation's Near, Party, Activity and LiveArea modes.

Near is going to be "a location-based gifting system", according to Sony Europe manager of R&D, Phil Rogers, with similarities to the Nintendo 3DS' SpotPass feature.

"What Near does is it allows users to discover each other, leave gifts for each other and essentially find out more about games," says Rogers.

"You can see where people are in relation to your location, their five most recently played games and also gifts that they've registered. This is fairly cool because it exposes users to games they might not have heard of and you can see how popular those games are and how people are rating them."

Near's gifts also follow the player around as you "go about your daily life", with a planned limit of 100KB gift box per game.

Sony's LiveArea system will show players new notifications from their mates, new downloadable content that is available alongside any new updates for the games that they have on their PS Vita.

PS Vita's Party mode is a voice-chat system that lets you chat with all of your online mates, no matter what games you or they happen to be playing at any given time.

Party is "really good for having friends together to discuss games, chat about them and get into them", Rogers declared.

As on Xbox Live, Party is "platform-wide" and allows you and three friends to form a party that sticks together regardless of what you do on Vita. "You can chat across games through text and voice," explained Rogers.

"You can have different Party groups for different games or genres," Sony's Rogers explained. "Maybe you've got a first-person shooter group that you can all chat and go into.

Finally, PS Vita's Activity feature is a way for players to discuss their in-game progress with their online mates.

"The system automatically puts a few activities in there, that encourages people to then comment similar to Facebook style," said Rogers, adding that Sony hopes publishers will use it sensibly and not spam users unnecessarily.

Via TechCrunch and Eurogamer