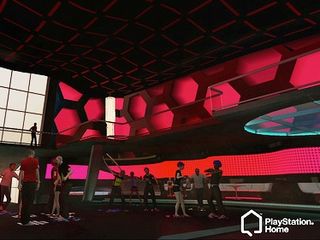 Are you a Home-y?

Sony's Home service on the PlayStation is more popular than ever, bringing in12 million users at last count according to the games company.

This impressive – and fairly unbelievable figure for those who have ventured Home-ward bound – was announced by Sony's PlayStation Home director Jack Buser at the recent Games Developer's Conference.

For some reason, the service has had a 20 per cent boost in user figures since December 2009 and it looks as if those who are using Home have built something of a community, as Buser notes there is a 85 per cent return rate for those who log into the service.

Hinting at Sony's future strategy for Home, Buser said: "You're going to see us really embrace this idea of total game integration" and that Home will "really extend out the experience of your games."

This is slightly different to a remark made by a Sony exec back in November who said that Home was no longer a priority.

Sony already has Premium Personal spaces for rent within Home, which allows you to reside in things like the Batcave. You can also view your gaming trophies in a 3D trophy room.

When it comes to advertising, it has taken a while for online retailers to use Home but it announced that UK high-street videogame outlet Game has created a 'Moonbase' on the service where users can "hang out, socialise and learn about forthcoming releases and activities across all PlayStation platforms".

Or, if you're like us – you'll direct your avatar to the middle of the 'Moonbase' and dance like a weirdo until people start swearing at you, or until you get bored. Whichever comes first.