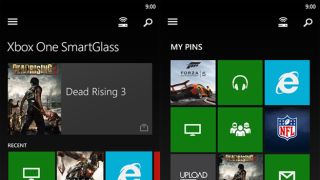 Microsoft still wants to get rid of your remote clutter

Xbox One's TV-controlling features have so far been exclusive to the US, but that's finally changing.

The Xbox One OneGuide, which lets users control their cable boxes with voice commands, is rolling out to select users in Canada, the UK, France, Italy, Spain and Germany, along with it new features.

Microsoft's Xbox Live Director of Programming Larry Hryb and Xbox One TV Group Programmer Ben Smith shared the news in a video on the Xbox News site, with an accompanying blog post that goes into more detail.

The new features integrate Xbox One SmartGlass with the console's OneGuide, and Microsoft is looking for feedback from these regions before releasing the features globally, including Australia.

SmartGlass as a universal remote

In addition to allowing users to jump between channels with voice commands the Xbox One's OneGuide also lets them browse their "app channels" (like Netflix), view favorites, and more.

One of the features being added is a special view in SmartGlass that shows all recent channels - though why you need to whip out a tablet to see this remains a mystery.

Another feature turns any SmartGlass device, i.e. most iOS, Android, Windows Phone and Windows 8 smartphones and tablets, into a universal remote that will control users' DVR, TV and more independent of the Xbox One.

With this update Microsoft is promising once again that it will eliminate the need for remote clutter, although granted this is a promise we've heard before.

Some users are getting these features as early as today, and Microsoft will monitor their feedback "over the coming months," Smith said.

Was that so hard?

Meanwhile there are several other improvements to SmartGlass rolling out that have nothing to do with TV, such as fuller navigation of the Xbox One's interface using the app.

Users will be able to browse achievements, game clips, their friends lists, and more from the app, partially alleviating some players' complaints about navigating the console.

In addition it seems there's one new Xbox Video feature: users can now rent or buy a movie or TV show on their consoles then continue watching it on a different platform.

The feature is out now, though it only extends to XboxVideo.com and Windows Phone 8. Microsoft said other platforms and devices will be added "soon."

Microsoft promises every new OneGuide, SmartGlass and Xbox Video feature will be available to all users globally by the end of this year.