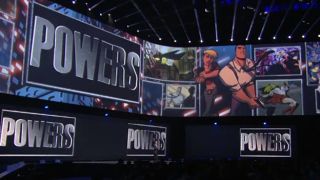 PlayStation Plus subscribers get it for free

Sony spent much of its E3 2014 press conference demoing the powers of PS4, but it also literally showed off "Powers," its first original TV program there too.

Powers is a 60-minute television series drama based on the comic book "Powers" by writer Brian Michael Bendis and artist Michael Avon Oeming.

It mixes superhero fantasy, crime noir and the police procedural, a blend that you'll be able to taste test on all devices that can access PlayStation Network.

The first episode will be free on PS4, PS3 and PlayStation Vita, kicking off Sony's original TV programming initiative.

It won't just be the episode for free for a lot of gamers. The entire Powers TV series and future Sony original content won't cost you any money if you're a PlayStation Plus subscriber.

This pits the PlayStation Plus against Netflix, Amazon Prime Instant Video, HBO Go and other video streaming services that make original content exclusive to their platform.

Sony said that it's increasing the value of its subscription service, which already comes with multiplayer, free games and early access to certain video game betas.

Whether it or not PS Plus can make a dent in Netflix or HBO Go remains to be seen. However, it certainly seems to have more perks for its monthly fee compared to Microsoft Xbox Live service, which is also scheduled to have original programming on tap.