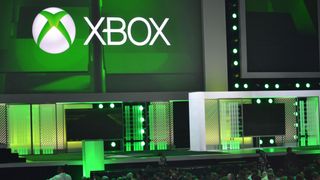 After all the theatrics, controversy, zombies and booth babes, we're finally able to reflect on our favorite moments for Microsoft at E3 2013.

The company struggled a bit, to tell you the truth, with weird messaging on its once every 24-hour online check in requirements and used game policies. While it certainly delivered on revealing the games headed for the Xbox One, the $499/£429/€499/AU$599 looked high when stacked up against the PS4's $399/£349/€399/AU$549 price tag.

Granted, there are some features and even hardware the Xbox One comes with that the PS4 doesn't, so at the end of the day consumers who are looking for a camera included with their console may be willing to shell out the extra dinero.

But the Xbox One wasn't all there was to Microsoft at E3, so for more on our favorite Microsoft moments, read on.

1. Hands on time with the Xbox One

Aside from all the Sony-created distractions on price, DRM and daily check-ins, the Xbox One is one serious next-gen console.

Though it's priced $100 more than its primo competitor, Microsoft's offering is awash with innovations. We found it forward-thinking, screaming with horsepower, and a mighty fine game player.

Thanks to that HDMI in port, this is a true all-in-one device, and the pricey machine does come alongside a 1080p Kinect. The PlayStation Eye camera, meanwhile, is sold separately.

So when the dust settles and the console finally hits the market in November, we think consumers who decide to go the Xbox One route are going to be generally pleased with their purchase, even if it does cost some big bucks more.

2. Did somebody say games?

Microsoft delivered on its promise to talk about games during its June 10 press conference, and you have to hand it to the company for sticking to the game plan.

We got peeks at the "Drivatar" features of Forza Motorsport 5, Killer Instinct, Dead Rising 3, The Witcher 3: Wild Hunt, Titanfall and even a mysterious new Halo title, which was revealed without a number. We should know more next year.

There was a Ryse: Son of Rome battle and talk of Sunset Overdrive, which will feature new content daily. By the end of the press conference - which also saw a McLaren P1 rise from the belly of the stage - our ears were ringing from the high-impact demos of so many titles.

If gamers were feeling slighted after May 21, Microsoft's E3 press conference should start to heal the wounds, especially with what are generally gorgeous looking titles.

Microsoft breathed new life into its aging console by showing off an Xbox One-inspired hardware redesign for the Xbox 360.

The console will be slimmer and sleeker while still selling for the same price as the version we've known for so many years.

As if a new look wasn't enough, Microsoft talked up new titles coming to the 360, like World of Tanks: Xbox 360 Edition, Max: The Curse of Brotherhood, and Dark Souls 2.

How the refreshed 360 fairs when the Xbox One hits the market is anybody's guess, but since Microsoft says it's serious about keeping the older system a mainstay of its offerings for the foreseeable future, we think the company has hit on the right note to do just that.

And honestly, so do we.

Sure it's a marketing ploy for Forza but it was impossible to ignore the gorgeous drop tops circling the blocked off L.A. lane outside USC's Galen Theater. They were eye-catching, sleek and shiny (there are those words again), and set abuzz those waiting to in line prior to the June 10 press conference.

We're sure commuters didn't appreciate the traffic jam caused by the dedicated McLaren lane, but may stuck their heads and camera phones out the window to snap a pick. And the crowd inside the theater ooo-ed and awed when a P1 rose out of the mist.

Though indirectly related to Microsoft's hardware, we appreciated the eye candy the company provided us while also pining for a raise to buy one. One day...

We love us a good versus, so when we got the chance to pit the Xbox One gamepad against the one belonging to the Xbox 360, we couldn't resist.

We came away with some stand out comparisons, such as the Xbox One's much improved D-pad, better X, Y, A and B button access on the new controller and, best of all, infrared sensors to contact the always-on Kinect.

All in all, the new Gamepad is much improved over the older version, so though with worries about how it will feel compared to what we're sure are warn 360 controls, fear not.

If you're a sucker for nostalgia and like to, as we do, carry around 7-year-old gamepads, you may want to start saying your sweet goodbyes now.