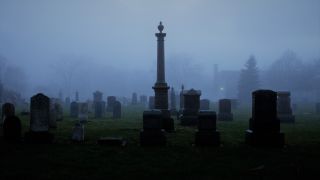 Photo by Scott Rodgerson on Unsplash

Researchers at the University of Oxford have been making some macabre calculations, and have concluded that the number of dead Facebook users will outnumber the living sometime between 2070 and 2100.

In one scenario, the team from Oxford Internet Institute predicted what would happen if Facebook gained no new users at all from the time the paper was written. If this happened, it would take about 50 years for the balance to tip and the deceased to have a majority.

At the other end of the scale, if the site's tally of registered users continue to increase by 13% per year, the balance would tip at around 2100, by which time 4.9 billion of account holders would have shuffled off this mortal coil.

The paper's authors state that the actual year will almost certainly sit somwhere between those two dates, but it's impossible to say exactly when.

The bleak news follows an announcement from Facebook that it will be more tactful about its deceased users in future, introducing a new Tributes section for accounts that have been 'memorialized' and taking steps to make sure people aren't tactlessly asked to wish deceased acquaintances a happy birthday.

A memorialized account lets friends and family see posts the deceased user shared on the site, but adds the word 'remembering' to their profile to make it clear that they are no longer alive.

The Tributes tab will be a space for messages remembering the person, which can be moderated by a nominated friend or family member.