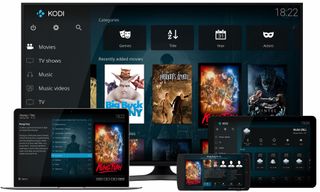 Changes in the ownership of domains used by Kodi piracy add-ons to stream pirate content have raised concerns that anti-piracy groups could be monitoring the streams.

TorrentFreak reports that after TVAddons shut down back in June, several of the domains it used for streaming pirated content have been transferred into the ownership of a Canadian law firm.

With this firm now in control of the domains questions are being raised about whether the firm is monitoring their traffic, which would in turn report user’s IP addresses.

There have been multiple reports recently about the legality of buying, selling, and using Kodi streaming boxes.

Sellers of piracy-enabled Kodi boxes is definitely illegal, but so far the courts haven’t gone after buyers and users of these boxes.

However, with the IP addresses of illegal streamers this law firm could potentially be in a position to go after these individuals in the future.

As further piracy add-ons shut down, the privacy of remaining streams will be further called into question.

But, for those using Kodi for its intended purpose (ie. as a fully-featured and customisable media player) this development could be good news, since it has the potential to allow the authorities to separate the good Kodi users from the bad.