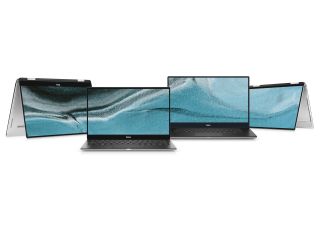 While the Round Rock company had given its convertible champ an Amber Lake refresh in late 2018, the Dell XPS 13 2-in-1 has received a much-needed redesign for 2019. The 2-in-1 laptop, after all, hasn’t received a major update since its release in early 2017, with Dell opting instead to roll out its 15-inch counterpart, the Dell XPS 15 2-in-1, a year later.

It’s a welcome change that Dell is finally giving its flagship 2-in-1 a revamp, revealing the news at Computex 2019 alongside other new and exciting products, like the leaner and more powerful Alienware gaming laptops. For purists who still prefer regular laptops to 2-in-1’s, Dell is also rolling out the new Dell XPS 15, but more on that in a moment.

The Dell XPS 13 2-in-1 first made headlines for its ultra-thin form factor and its gorgeous InfinityEdge display, and Dell improves on those fan-favorite features, coupling them with a newer keyboard, a larger touchpad and better, 10-nanometer (nm) Intel performance.

Additionally, Dell attempts to fix the most common issues people had with the original design, with this iteration promising to deliver an improved battery life, not to mention boasting Dell’s “smallest camera ever in a laptop” with a new location at the top of the display.

Unfortunately, it doesn’t look like Dell is offering the Dell Premium Active Pen with the laptop, still opting to sell it separately, but so far, the new Dell XPS 2-in-1 is looking to be a promising update, which is excellent news for Dell XPS users looking to upgrade and potential buyers ready to jump on the 2-in-1 bandwagon.

Some of the major points of contention people had with the original Dell XPS 2-in-1 were its middling battery life and underwhelming power, not to mention weird webcam placement at the bottom of the display.

Computex 2019 sees these drawbacks addressed, with the new Dell XPS 2-in-1 apparently now touting up to 16 hours of battery life (though it must be said that the original promised up to 15 hours, and it lasted under seven hours in our movie loop battery test). Dell has also given this one a tiny 2.25mm camera so they could relocate it to the traditional top placement.

The graphics processor (GPU) has been upgraded as well, with Intel UHD Graphics and Intel Iris Plus Graphics as available options.

In support of its boosted innards, Dell has given this hybrid an advanced thermal design, so as to maintain its tiny form factor while also keeping things cool. Alongside dual fans, this cooling system has new venting, a vapor air chamber and GORE Thermal Insulation.

Again, the best things about its predecessor are inherited, only made better. Its InfinityEdge display with 170-degree wide viewing angle and UltraSharp QHD+ resolution has been refined, enabling a 7% larger 16:10 display from the previous 16:9 aspect ratio. This new display boasts EyeSafe technology to reduce harmful blue light while keeping the colors vibrant still.

Supporting all those features are an edge-to-edge Gen 2 MagLev keyboard by Dell with 0.7mm travel and a precision touchpad that’s 19% larger.

And, while we never thought it possible, Dell has reduced its already ultra-thin (8 – 13.7mm) form factor by 8%, down to (7 - 13 mm). How that plays out with its advanced cooling system and fresh new components under the hood, we have yet to see.

Also on Dell’s Computex 2019 menu is the new Dell XPS 15. The Dell flagship, which gets our vote for one of the best laptops, did get an upgrade in 2018, but we know that it’s already slated to receive the Intel Coffee Lake Refresh processors (9th-generation) and Nvidia Turing graphics.

With Dell’s Computex 2019 announcement, it’s full steam ahead for the series.

The new Dell XPS 15, like the 13 2-in-1, inherits some of the best things about its previous model, including the thin and light form factor (11 – 17mm and 4 pounds, respectively) and the UltraSharp Infinity Edge touch display.

The only difference here is that, while the 2018 model boasts 5.7mm bezels on the sides and at the top, the latest iteration touts a top bezel that measures 7.08mm to make room for the new 2.25mm camera, which previously sat at the bottom of the display. Folks who couldn’t stand the off-center, lower location in the predecessor will be happy to know that Dell is now keeping it top, front and center.

Battery life is now slightly better; whereas the 2018 model has up to 20 hours and 18 minutes, this 2019 model adds a few more precious minutes, totaling 20 hours and 30 minutes of runtime on an FHD display configuration.

Lastly, we circle back to the new internals. The Dell XPS 15 2019 features 9th-generation Intel Core i5 to i9 processors, up to 64GB of memory, up to 2TB SSD storage and the Nvidia GeForce GTX 1650 that budget gaming laptops use.

The all-new specs and improved features should be more than enough to satisfy Dell XPS users ready for an upgrade.