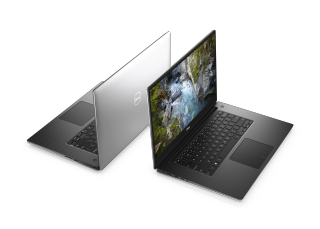 If you're in the market for a new laptop or PC, Dell Australia is currently offering up a load of deals across basically its entire product range.

There's plenty of decent discounts to be found in the annual sale, including on gaming laptops, 2-in-1's, business notebooks, and even sleek and powerful ultrabooks (like the XPS range) that the company is well known for.

While you could check out the full host of deals from the Dell site directly, so you don't have to wade through it all on your lonesome, we've had a dig ourselves and picked out eight of the choicest offers available. Here are the ones we reckon are worth your moolah.

We can't overstate how much we like Dell's XPS laptops – they've been constantly featured in our laptop buying guides for years, and they only keep getting better with each new generation. While you can often find XPS devices discounted by up to 15% on Dell's site, this is a good opportunity to snag a slightly better deal, with 20% off on this higher-end XPS 15. The 15-inch beauty packs some serious specs under the hood, with enough grunt to take care of most basic gaming needs too, thanks to the Nvidia GTX 1050 Ti graphics.  There's $600 off the usual RRP, bringing the price down to $2,399 – which is only $20 more than a 13-inch counterpart, with less memory and storage!View Deal

It's not too big and neither is it too small – this 14-inch convertible is the perfect size, blending portability with ample screen real estate and plenty of power too boot. An 8th-gen Core i7 CPU and 16GB of system memory will keep this device purring smoothly. Plus there's plenty of onboard storage as well. All for 20% off the RRP, shaving off $420 from the original cost.View Deal

If you need massive screen real estate, you'll want a 17-inch laptop. And if you're after a configuration with plenty of power and storage,  you'll generally be paying $2,000 or more. With a combination of 128GB SSD with a 1TB HDD, Core i7 processor and 8GB of RAM, this 17-incher is a great all-rounder and an easy recommend, especially with its price dropped by 40% to just $1,199. That's a saving of $800!View Deal

Need a PC for home or office use? This 24-inch desktop has a whopping amount of SSD and HDD storage on board, with the processing power coming from an 8th-gen Intel Core i7 chip alongside 8GB of RAM. There's also Nvidia GeForce GTX 1050 graphics on board – enough for entry-level gaming needs – plus six USB ports (one of which is a USB Type-C for faster transfers) and Dell's Mobile Connect feature, so you can link your phone to your desktop. The Annual Sale has 20% off this machine, meaning you save $460 on the bargain.View Deal

If you want a portable gaming battle station but don't necessarily need the most specc'd-out machine available, then the 15-inch G3 gaming laptop from Dell is excellent value, and will cover a great majority of your bases. Packing a 9th-gen Intel Core i5-9300H CPU, 8GB of RAM, a 512GB SSD and a dedicated Nvidia GTX 1660 Ti GPU, this is great value at almost $400 off.
View Deal

If you're chasing the same gaming-goodness as offered by the Dell G3 above, but need a little more kick in a few places, here's your beast. The G7 has a 17-inch display rather than 15-inch, and cranks the GPU game up another step to an Nvidia GeForce RTX 2060. The SSD is only 128GB, but thankfully you get another internal 1TB HDD for plenty of storage. With $625 to be saved, this is great value on a 17-inch gaming laptop.
View Deal

Dell's dedicated gaming brand, Alienware, has some cracker laptops for the more serious gamers, and this recently-released 17-inch m17 is a total beast. It comes loaded with an 8th-gen Intel Core i7-8750H CPU, a dedicated Nvidia GeForce RTX 2070 GPU with 8GB of DDR6 VRAM and Max-Q optimisation, 16GB of on-board memory, a 256GB SSD and a 1TB HDD. View Deal

For the truly serious gamer who wants to future-proof their system and give themselves the ultimate edge, the Area 51 desktop from Alienware is an absolute unit. This bad boy is packing a blistering 9th-gen Intel Core i9-9440X 14-core CPU, an Nvidia GeForce RTX 2080 GPU with 8GB of DDR6 VRAM, a 512GB SSD, a 2TB HDD, and 32GB of dual channel DDR4 RAM. It ain't cheap, but the current $1,200 discount does make it a little bit more affordable.
View Deal