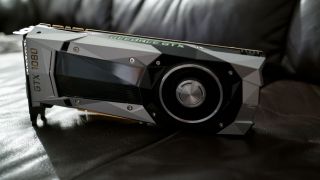 There's some bad news when it comes to the performance of future-generation graphics cards, thanks to the announcement of a delay in the arrival of faster GDDR6 memory.

GDDR6 video RAM is the next step on from the current GDDR5X (as seen in the new GeForce GTX 1080), but over at the Hot Chips conference in the US this week, Samsung said the new memory technology won't be arriving next year as previously anticipated – we'll have to wait until 2018 instead.

And even then, we could see further delays, and of course the graphics cards using GDDR6 will need to be prototyped, built and so forth. The upshot is don't expect faster boards benefiting from GDDR6 for quite some time yet…

It's also more power efficient, which is always a welcome boon alongside the performance benefits.

Meanwhile, work is also progressing on another memory tech, HBM3, which may prove a more competitive rival than its predecessors. As we observed in our recent article on memory and storage tech for Silicon Week, current HBM supports up to 8 dies per stack (HBM chips are stacked as opposed to laid flat), 8GB per package, which means it hits speeds of 256GB/s.

Third-gen HBM will ramp things up doubling the density to 16GB per die and enabling stacks more than 8 times higher. However, we are looking at waiting until 2019 or even 2020 before HBM3 becomes a commercial reality.