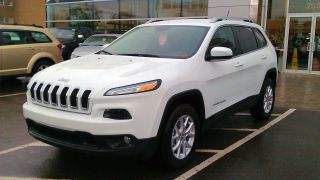 Fiat Chrysler Automobiles is recalling 1.4 millions vehicles to patch the software exploitation that was found by a group of hackers earlier this week.

The company says the recall "aligns with an ongoing software distribution that insulates connected vehicles from remote manipulation, which, if unauthorized, constitutes criminal action."

Chrysler has also already applied an over-the-air network-level security patch that prevents "the type of remote manipulation demonstrated in a recent media report."

"These measures – which required no customer or dealer actions – block remote access to certain vehicle systems and were fully tested and implemented within the cellular network on July 23, 2015."

But there are certain models equipped with 8.4-inch touchscreens that will need a full software update and are subject to the recall. They include:

Those who are subject to the recall will receive a USB with the software update for their car. You can check if your car needs the update by visiting this page.

Chrysler noted that it is conducting this recall out of "abundance of caution" as, besides the report by Wired, it is unaware of any instances of a software exploitation.