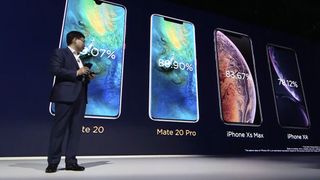 While Australians continue to love their iPhones, the Android competition has been throwing a bit more of its weight around over the last few years, with China’s major players now making more of a splash.

According to market research by Roy Morgan, Chinese manufacturers Huawei and Oppo have both experienced the biggest growth in the smartphone market by a sizeable proportion, despite recent concerns over security.

Similarly, Oppo has gone from not registering at all on the charts due to their fairly recent market entry to having 368,000 Australian customers, placing seventh overall in the same time frame.

While this phenomenal growth isn’t close to being matched by any other brand (the nearest is Apple with 16%), it’s the dynamic duo of Apple and Samsung that still top the charts with 8.6 and 5.6 million users respectively.

As for demographics, it's well and truly the younger generations that are quick to adopt the Chinese handsets, likely due to their relative affordability.

Almost two-thirds of Australian Oppo users are Generation Z or millennials (born after 1975), while just over half of Huawei’s Aussie customer base is in the same two age groups.

Roy Morgan’s analysis is extrapolated from a survey of 50,000 consumers per year, 15,000 of which were interviewed in more detail.