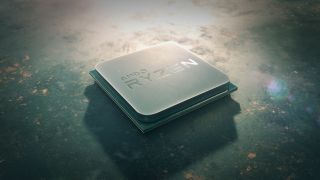 Some fresh figures show that AMD’s processors are outselling Intel at a rapid pace at least going by one online retailer.

These are stats from German tech retailer Mindfactory, which we’ve looked at a number of times in the past, and as Wccftech spotted, the figures for November show that roughly speaking, AMD sold two CPUs for every single Intel model flogged.

Yes – we’ll repeat that, because it bears repeating: AMD sold about twice as many processors, over 16,000 of them in fact, with Intel selling just under 8,000.

This is also interesting from a historical perspective, as Intel’s sales have remained roughly flat, with the firm having shifted around the same amount in November of last year. However, AMD sold almost double the amount of CPUs compared to November 2017.

That’s a massive change up of gear in terms of sales momentum for AMD, although effectively, it isn’t eating into Intel’s sales; rather it is taking advantage of an apparently fast-growing market.

Before we get too carried away, we must bear in mind that this is just one source – a single retailer – so we can hardly take it as a representation of the processor industry as a whole. That said, the upward movement in favor of AMD is certainly impressive.

Particularly when you consider that Intel had the upper hand earlier this year, with AMD pulling things back to around 50-50 come August, and then going from strength to strength from there.

So what was the bestselling processor overall last month? The Ryzen 2nd Generation (Pinnacle Ridge) chips led the pack, unsurprisingly, with the Ryzen R5 2600 in pole position, followed by the Ryzen R7 2700X and R5 2600X in second and third place respectively.

Intel’s Core i7 8700K has been knocked back into fourth place in terms of overall sales for November.

Intel did better in terms of overall revenue, with the company having a higher profit margin than its chip manufacturing rival, but AMD still (just) took the lion’s share of the cash at 56%.