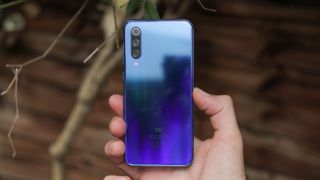 It's starting to look like the Xiaomi Mi 10 could be one of the most intriguing mid-range devices of 2020, with a series of leaks making the Mi 9 successor look like a big competitor to the OnePlus 8 or Huawei P40.

If 2019 was the year Xiaomi phones really started getting big in the west, 2020 could see the company square off against industry veterans Apple, Samsung and Huawei, with a slew of impressive yet affordable phones. This precedent was started in late 2019 with the fantastic Xiaomi Mi Note 10, and we’re expecting the baton to be passed on to the Mi 10 when that comes out.

We’re expecting to see the Xiaomi Mi 10 launched in China in early February (likely just before the Samsung Galaxy S20), then see a global launch during Mobile World Congress 2020 in late February, so there shouldn't be long to wait.

We've heard a little about the device now, but we’ve also come up with a wish list of features we’d like to see in the handset, all of which you'll find below.

Latest story: We've heard a possible release date for the Xiaomi Mi 10, which is co-incidentally exactly the same as the Samsung Galaxy S20. That's an interesting choice, since all news sites will be focusing on the bigger Samsung device, but perhaps Xiaomi is focusing on its home nation with that launch.

Our main hint at when the Xiaomi Mi 10 might release and what it might cost is based on the launch date and price of the Xiaomi Mi 9, which isn’t exactly a reliable angle since the company hasn’t previously tethered itself to consistent annual releases, but it’s better than nothing.

The Xiaomi Mi 9 debuted at an event in China in early February 2019, before being announced for the global market at MWC 2019.

We’ve heard rumors that Xiaomi is preparing for an early launch event in China for the Mi 10, with February 11 suggested as the most likely date. That's the same date the Samsung Galaxy S20 is set to launch, but it's likely the Mi 10 event is just in China, with a glbal launch at MWC 2020.

In terms of price, we haven’t heard much so far, but we wouldn’t expect the Mi 10's cost to be much different to the Mi 9. Therefore we’d expect it to be available for roughly £500 / $650 / AU$950 depending on storage size options.

Saying that, some of the rumored specs are a lot more impressive than the Mi 9, so we could see the cost creep up somewhat.

We may not have heard many Xiaomi Mi 10 rumors, but what’s lacking in quantity is made up for in quality, as the main Mi 10 leak gave us a huge look at the likely specs of the device.

Well, ‘devices’, as it seems there’s set to be a Xiaomi Mi 10 Pro coming along too. Both phones are said to have 6.5-inch 90Hz screens, so the Pro isn’t positioned as a ‘Plus-sized’ alternative, and they even apparently have the same 4,500mAh power pack, so they won’t be too different.

The big news is that the device is slated to have a Snapdragon 865 chipset (article in Italian), and if the handset launches in China in early February, it could be the first smartphone on the planet to have the new top-end chipset.

This was the case with the Snapdragon 855, as while the Samsung Galaxy S10 was the first phone available in most regions with 2019’s top processor, the Xiaomi Mi 9 technically launched before it in China.

This is how Xiaomi Mi 10 Pro could look like based on latest leaks pic.twitter.com/u13BsCKylGJanuary 6, 2020

In terms of design, the main piece of information we have comes from renders of the Xiaomi Mi 10 Pro that show a phone that looks very similar to the Samsung Galaxy S10 Plus. These are based on rumors of the phone, and aren’t official pictures, but they still give us a comprehensive look at the likely design.

This includes a screen that’s curved to the sides, and a dual-lens punch-hole camera (likely one is the main selfie camera and the other is a depth sensor for improved ‘bokeh’ background blur).

There’s four rear cameras there, although the lowest looks a little too small to be an 8MP camera unless it’s a depth sensor or tiny macro camera.

We’ve got similar renders of the Xiaomi Mi 10 too, that show a slightly less premium-looking phone (note that it’s referred to as the ‘Pro’ in the tweet, but a subsequent tweet clarified that as a typo: it’s the base Mi 10 device).

While the phone here definitely shares a design bone with the Mi 10 Pro, it has not got that curved screen which, along with the rumored lesser camera resolutions and charging speeds, is one of the key indicators that this isn’t a ‘Pro’ phone.

There’s still the dual-lens front-facing camera cut-out and quad-lens rear snapper array, but it’s worth pointing out that the fourth lens looks noticeably bigger than in the Pro. But given the different rumored megapixel counts we're expecting different lenses, so this somewhat lines up.

Some hands-on pictures of the Xiaomi Mi 10 have surfaced too, presumably of the Pro version, and while they look a lot like the renders there is one main difference – the ‘punch-hole’ selfie camera is quite a bit different.

Firstly, it’s on the other side of the display to in the renders, and secondly, there’s only one lens instead of two, which means the cut-out takes up less space, but could take slightly worse pictures.

We've got some Xiaomi Mi 10 information that isn't a leak, but a piece of tech that Xiaomi showed off that we could see in the phone. The company Vice President showed off 144Hz screen tech on a different phone that likely won't come to the west, but it's possible this top-end display tech could come to the Xiaomi Mi 10. Click on that link to find out our reasoning for this suggestion.

If we were the ones designing the Xiaomi Mi 10, here are some of the top features we’d put in it.

One of our favorite aspects of the Xiaomi Mi Note 10’s camera was its second telephoto lens, which facilitated 2x zoom and was used in portrait mode to take excellent pictures of people.

This was one of the most competent portrait modes of any smartphone camera we’ve used, and this was probably thanks to the presence of this dedicated lens.

We’d love to see the same thing in the Xiaomi Mi 10, with a lens dedicated to taking great profile pictures. That doesn’t seem to be the case based on initial leaks though.

One of our issues with the Xiaomi Mi 9 – and some other phones from the company too – is that the MIUI user interface Xiaomi lays over Android has a few problems.

MIUI tends to have a little too much bloatware for our liking, and its aesthetic style tends to be like-it-or-leave-it, despite some improvements being made over time.

Perhaps for the Xiaomi Mi 10 we can see a new and improved version of MIUI that comes with fewer pre-installed apps.

The Xiaomi Mi 9 had a 3,300mAh battery, which was a little sub-par for a device with a 6.39-inch display, and sometimes we had trouble getting through a full day of use.

If the Xiaomi Mi 10 is going to have half the specs it’s rumored to, especially a screen with a high refresh rate, it’s going to need a much better power pack to even match the Mi 9, let alone outlast it like we’re hoping it well.

So the Mi 10 really needs at least a 4,000mAh battery, if not something even bigger, to make us happy.

One of our favorite aspects of the Xiaomi Mi 9 was that it had some pretty impressive features yet a mid-range price tag, and we’d like to see that replicated in the Mi 10.

Since there seem to be a swathe of top-end features coming to the Mi 10, though, it wouldn’t be a huge surprise to see the price raise somewhat (108MP sensors can’t be cheap, after all), which would result in the Mi 10 losing one of the Mi 9’s strengths.

Xiaomi is known for making affordable devices, and we don’t want this to change in the Mi 10, so we’d like to see Xiaomi find some ways of keeping the costs of its new devices down as low as possible.

The Xiaomi Mi 9 looked fine, but it was a pretty standard Android device in the grand scheme of things. There’s nothing wrong with that, but the Xiaomi Mi 8 Pro had an intriguing design (the back was partially clear, letting you see the internals), and the Mi Note 10 channeled ‘premiumness’ in a lot of ways, so we’d like to see the Mi 10 shake things up a bit.

Maybe the device could have a curved screen like the Mi Note 10, a punch-hole camera instead of a notch, a more unique rear camera design, or another interesting design trait. We want people to see the phone in our hands and think ‘oh, that’s a Xiaomi Mi 10’ instead of ‘that could be anything’.