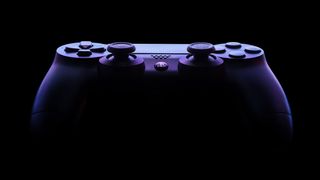 Sony has big ideas for the potential future of PlayStation's Remote Play if a recently reported survey is anything to go by.

A Reddit user with the name YouRedditHereFirst is claiming to have received a survey in an email from Sony and has posted details of its contents as well as screenshots online.

The main focus of the survey is on PlayStation’s Remote Play feature which, at the moment, makes it possible to stream PS4 games to other devices including Android and iOS smartphones, PCs and the PS Vita.

One of the key questions in the survey, however, asks players how they’d feel about having access to Remote Play on even more devices including Apple TV, Android TV and, most interestingly, the Nintendo Switch.

There are five answers available, ranging from "not at all appealing" to "extremely appealing". We think we have an idea of where most users would lean on the scale.

Other questions look to assess player feelings towards things like offline Remote Play; access to PS1 and PS2 games via Remote Play; exclusive Remote Play maps and accessories; a more portable DualShock controller for on-the-go play as well as the ability to use Remote Play with other controllers (a mouse and keyboard, for example), amongst other things.

Of course, it’s important to note that this is just a survey dealing in hypotheticals, designed to gauge the feelings of PlayStation players and is therefore no guarantee that Sony has any intention of implementing any of the things mentioned. And, even if it does decide to pursue one of the features based on feedback, it could be years before we get to see it. What we're saying is: we all have to remain calm.

If the survey is indeed the real deal, though, it’s at the very least a suggestion that as the launch of the PS5 approaches, Remote Play is still on Sony's mind and its vision for it is even more ambitious than the "seamless" experience that was mentioned back in 2019. It’d have to be in the face of growing competition from the likes of Google Stadia and Microsoft’s Project xCloud.